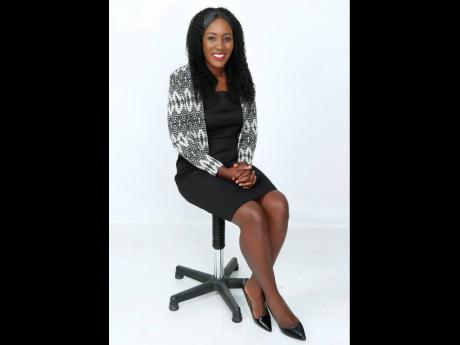 On the issue of destitution and Christianity, young prophetess and minister Shanika Sutton maintains that poverty keeps believers lacking and in a life of suffering.

Not only that, but she explained her reasons to strongly believe that poverty is an evil spirit, which, like other demons, needs to be cast out.

“I’ve heard so many demons manifest and speak through their hosts and admit that they have been blocking the wealth of the individual.

“I remember one said, ‘I’m blocking her wealth. I don’t want her to help this ministry.’

“I remember another time when the spirit was told to get out, and you know what it said? ‘No, I can’t leave because if I do, she will get wealthy, and we can’t have that.”

God showed me that a young lady was being robbed by the enemy, and she should have been rich. About two weeks after that, she manifested a marine spirit (a demon that live in the sea), and it admitted that, ‘I’ve robbed her wealth for years. All I do is rob,rob,rob.’

“Poverty is a spirit,” she said, adding that many demons, when asked to identify themselves, respond by saying, ‘My name is poverty.’

Sutton continued, “Yet, the Church has been found criticising others who are wealthy, discouraging believers from seeking wealth. Nothing is wrong with wanting wealth or working towards it; it’s trying to acquire wealth at the expense of your soul that the Bible warns against.”

The godly woman told Family and Religion that the devil has deceived many into believing that wealth equates to greed and being poor to holiness.

And she said embracing such ideology contradicts the Word of God and gives the impression that God wants His people to suffer.

According to her, “This is not so as the Word of God declares that the Lord delights in the prosperity of his servant. (Psalms 35:27) Oftentimes, we see churches asking for donations for events, towards purchasing of buildings, vehicles, equipment, furniture, musical instruments, and so on. It is unfortunate that the Church needs money but demonises wealth. The Church would be in a better position to fund the gospel if money was readily available to help in effectively spreading the gospel and do all they need in promoting God’s kingdom.”

Sutton added: “Wealth may not only be used for self-gratification but to help others in need, promote the gospel and the fund the spreading of the good news to other nations. The Church needs to embrace wealth and appreciate that it was created by God. This is evident in scripture from as early as Genesis, where Adam had access to gold and other precious stones (Genesis 2:10-12).

“However, traditions of men have caused riches to be viewed and classified as evil. God will reward those who fear Him abundantly. In other words, those who put God first, have repented of their sins and have received salvation are entitled to abundance and wealth.”