When does life begin? - Putting abortion under the microscope – Part 1 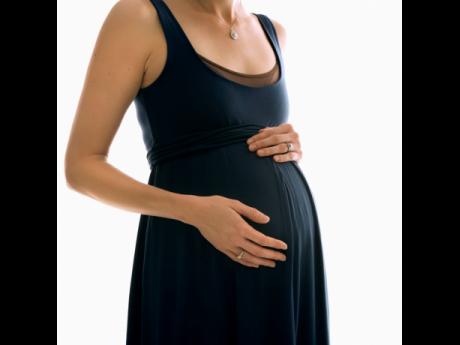 Where’s that first birthday I hoped for?

The candle I’d blow out

I would have made my parents proud

In the Line of Fire – Dogwood

Much has been said about a mother’s right to abort her pregnancy for one reason or the other, bearing in mind that abortion is the deliberate termination of a human pregnancy.

For some, the end justifies the means, especially if the circumstances surrounding the pregnancy were traumatic, such as rape or incest.

Many Christians take it from a biblical standpoint, where killing a foetus is still considered murder as it involves taking a life.

For the past few weeks, the arguments have been ongoing for and against abortion, and this week, Family and Religion reached out to the Rev Dwight Bryan of the Dominion in Christ International Ministries for his views on the issue.

He said that when the topic is taken under consideration, the biblical injunction, ‘let the one who is without sin cast the first stone’ comes to mind.

Alluding to the woman who was caught in the act of adultery in biblical times and dragged before Jesus by an angry mob, he said that under Levitical law, both the man and the woman should have been put to death.

“Of course, in that situation, the man was nowhere to be found. Two thousand years later, as we consider abortion, once again, the man is notable in his absence,” said Bryan.

Bringing the issue to a modern-day scenario, Bryan gave the example of a single young lady who shows up and asks to speak to the son of a householder, who she asserts is the father of her unborn child.

“She is summarily dismissed and branded as a liar or troublemaker. The young man in question is promptly whisked away to parts unknown, never to be seen again. He never has to provide a DNA sample or submit to a paternity test,” Bryan said, painting a picture of a vulnerable, abandoned pregnant woman who will either have to bear the stigma of being an unwed mother or the emotional scars and sometimes physical effects of an abortion.

“As we examine the issue of abortion, there are many players on the stage. There is the mother, the unborn child, the father and the wider society. First of all, picture the unborn child,” he shared, noting that many will say that the foetus is a mere ball of cells and not a human being, and hence, an abortion is solely the female’s reproductive right, which she can carry out at her discretion, much like changing her hair colour or clipping her nails.

“However, the Bible has much to say about life beginning in the womb. The Lord told Jeremiah that he was sanctified and ordained as a prophet before he came out of the womb (Jer 1:5). Scripture tells us in Luke 2:15 that John the Baptist was filled with the spirit from the womb. In Judges 13:5, we see that Samson is consecrated as a Nazarite from the womb,” he said, highlighting scriptures that recognise a foetus as a life of promise.

The Apostle Paul states in Gal 1:15 that it was God who called him and separated him from his mother’s womb. These and many other scriptures solidify the biblical perspective that God sees life from the womb.

In making his point, Bryan made reference to the book of Genesis, where the account of Onan was given. Next in line to his brother, who had died, Onan had sex with his sister-in-law, and not wanting the union to produce a child, he “spilled his seed on the ground”. He was slain for that act.

“The Old Testament account of Onan failing to create a pregnancy and dying as a result speaks primarily to the consequences of disobedience. That is, the wages of sin is death. Therefore, in a situation where there is no pregnancy, the question of an unborn life does not arise,” said Bryan.

Pointing out that the Bible makes it clear that performing an abortion involves taking a life, he said that the moral question becomes, “Is there ever a scenario in which it is justified to take the life of an unborn child?”

Making reference to the sixth commandment given to Moses – ‘thou shalt not kill’ – he said the taking a life is permissible in the Bible in the case of a soldier going to war or capital punishment for a crime.

He said that there is nowhere in the Bible where it is permitted to take the life of an unborn child. In fact, he instead quoted Proverbs 6:16-17, which says, among other things, that God hates hands that shed innocent blood.

This article continues next week.