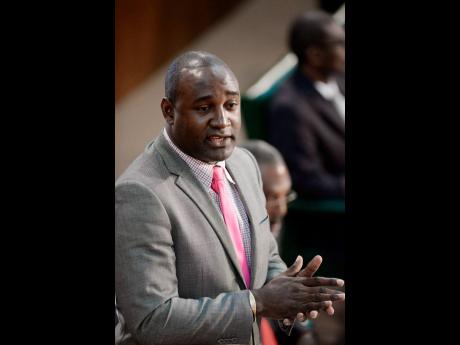 The Ministry of Health (MoH) has admitted that it has faced barriers to its efforts to vaccinate Jamaican girls with the human papillomavirus (HPV) vaccine that aims to dramatically reduce vulnerability to cervical cancer in adulthood.

A January 2019 update from the Core Curriculum Unit of the Ministry of Education/Health and Family Life Education programme said the information sheets provided by the MoH are being revised to allow for “focus on the barriers being experienced locally”.

The memorandum suggests weaknesses in the communication programmes of both ministries during the agreed collaboration to facilitate sensitisation programmes between stakeholders.

Among the recommendations of the unit were decisions to “continue to engage parents/guardians and offer the vaccine at health centres; (the) MoH to re-engage the principals’ association to enhance promotion and uptake in schools; explore recommendations to introduce sensitisation of parents from grade six, and multisectoral steering committee meetings will continue as required”.

Almost 60 per cent of the 20,647 girls targeted in the 2018 Christmas term first-dose vaccination did not submit to the inoculation and only a paltry number – 400 – received their shot between February and April 13 of this year.

Opposition Spokesman on Health Dr Dayton Campbell could offer no information about the programme but called for a ramping up of public education.

“I can tell you, however, that the programme’s worst enemy was the absence of a public education programme,” he said when contacted last week.

A source told The Sunday Gleaner that the programme was underpromoted by the MoH, which accounted for the inability to erode suspicions about the HPV vaccine, which was introduced in Jamaica a decade ago. Some parents also fear that the vaccination will fuel higher and earlier levels of sexual exposure as girls may have misplaced confidence in their immunity.

“The focus has been on Jamaica Moves. While I applaud the effort – for Lord knows we are badly obese – the same energy should have been given to this programme,” the source stated. “Not because is poor people’s children, and that’s not to say that I don’t support it. People don’t trust Government, even when it’s for their own good,” the source added.

One high school principal who requested anonymity expressed strong reservations on the collaboration between the education ministry and the MoH on medical grounds.

“I told the ministry that this is not something I can support. I am a non-medical person, and I don’t think sufficient medical information has been presented for me to send letters to the parents to tell them to encourage their girls to get the vaccine,” said the principal last week.

“I made it clear that I would not participate, but would allow the school to be used to facilitate meetings with the ministries. That happened last year. The last communication I received from the ministry’s Region One was May 4, 2018, and that was about the girls who received the first dosage,” said the principal.

Meanwhile, the Ministry of Education said that it was committed to “to engage parish officers to provide support with parents’ sensitisation; continue follow-up with schools regarding barriers to uptake of vaccine; and direct school nurses to engage those parents who completed opt-out forms in a sensitisation session to be conducted by the MoH representatives”.

Cervical cancer is the second leading cause of cancer deaths of women in Jamaica and the Caribbean, and the fourth in the world. Current estimates indicate that every year, almost 500 women are diagnosed with cervical cancer and around 350 die from the disease, with mortality rates highest among women aged 40 to 64. It remains a significant public health concern for health officials in Jamaica.