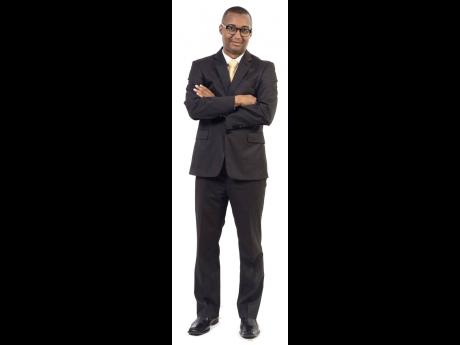 Ryan Brown, an electrician from St Andrew, receives remittances from his brother in the United States of America every month. His name has been changed; however, he is an actual person, who purchases medication for his ailing son, pays bills, and saves a portion of this extra income.

The portion he saves is important for national development; and his own financial security, economists maintain. Data from a 2010 Bank of Jamaica (BOJ) Study, reveals that only nine per cent of remittances sent to Jamaica, was being saved while 85 per cent was used for basic consumption.

“The funds which I receive from my brother come in handy because it allows me to save,” said Brown. “Using some of my remittances for savings make a lot of sense because I don’t have to panic, if I need to pay my motor vehicle insurance, or my life insurance when they come due, because the funds are there.”

Brown said he first started saving the remittances he receives after he attended a financial literacy workshop some years ago.

“The workshop helped me to understand that I could use remittances in other ways, apart from paying bills. It showed me how some could actually be invested; and that was when I started to save,” he explained.

The BOJ study, indicted that about US$190 million of the remittances coming to Jamaica, was being saved. Another six per cent, or US$123.9 million, was used for investment purposes. This finding is important for a country, which based on a 2017 World Bank Report, was the ninth most dependent on remittance inflows across the world, relative to the size of its economy.

Economist, Ralston Hyman, explained that although remittance is used as a social safety net, the development of a National Financial Inclusion Strategy (NFIS) by the BOJ and other stakeholders, was designed to increase financial inclusion through financial literacy.

“With remittances representing approximately 16 percent of GDP, the NFIS speaks to educating more Jamaicans, including receivers of remittances, about the benefits of the financial system; and how recipients can be brought into the system, be encouraged to save some of the funds which can be used to purchase IPOs, or to invest in real estate,” explained Hyman.

“When persons are financially literate, they will be able to make more informed choices. This means that rather than using the funds inappropriately, they can see the value of savings and investments,” Hyman added.

… The benefits of saving

Horace Hines, general manager, JN Money Services (JNMS), owners and operators of the JN Money brand, pointed out that the company has worked, over the years, to educate recipients about the benefits of saving a portion of the remittances they receive.

“A few years ago, along with our then parent company, the Jamaica National Building Society, we embarked on a programme to educate our customers about the value of saving. We also encouraged them to open accounts, and advised them to sign up for and use our JN Money Card, as one way to introduce more person to the benefits of being a part of the formal banking system,” Hines explained.

“Consequently, we discovered that, as we educated more persons about the financial system and introduced them to the products available, many were able to make informed choices, and become more financially responsible,” Hines related.

He is also confident that financial literacy will improve over time, especially as the sector introduces more products aimed at financial inclusion.

“As the industry becomes more digital, more persons will have access to financial services, which with continued education, will help them to make more informed choices. We will, therefore, continue to educate our customers about financial empowerment to get them to contribute even more to the economy,” he affirmed.