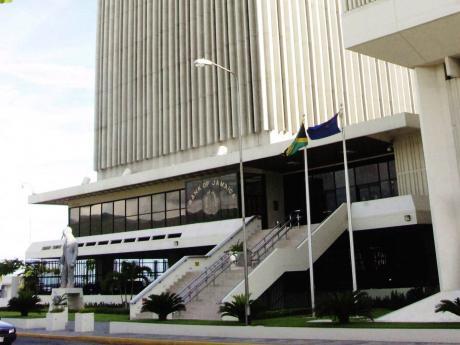 The International Monetary Fund (IMF) says Jamaica’s central bank should continue to reduce its footprint in the foreign exchange market, including limiting its forex sales to disorderly market conditions.

Further, the IMF says that the need for further reductions in reserve requirements should be assessed.

The fund raised the issues in its fifth review of Jamaica’s performance under the stand-by agreement released on Monday.

The Bank of Jamaica (BOJ) has been facing criticism over the pendulum-like shift in the value of the Jamaican dollar.

Last week, the BOJ intervened in the market by selling a total of US$40 million to help ease the fall in the value of the Jamaican dollar against the United States dollar.

The central bank encouraged businesses to utilise forward contracts with their financial institutions to minimise the risks that are associated with their foreign exchange obligations.

This, the BOJ said, is particularly relevant in an environment where the exchange rate moves in both directions.

But, this did not stop criticisms from the parliamentary Opposition and the Private Sector Organisation of Jamaica (PSOJ).

The opposition called for a review by the government of the operation of the foreign exchange market and PSOJ President Howard Mitchell called for the abolition of the current foreign-exchange management programme and for the Jamaican dollar to be pegged to the US currency.

Meanwhile, on the matter on inflation, the IMF said that further monetary easing is needed to restore inflation to the midpoint of the 4–6 percent target range.

“In December 2018, however, inflation was 2.4 percent, triggering staff consultation under the Monetary Policy Consultation Clause; it remained at the same level in February 2019,” said an IMF spokesperson.

“The BOJ’s recent reduction in the reserve requirement on Jamaican dollar deposits will help make policy accommodative but further rate cuts are likely to be needed.

“In deciding further policy loosening, the BOJ should carefully assess all incoming data,” the spokesperson added.