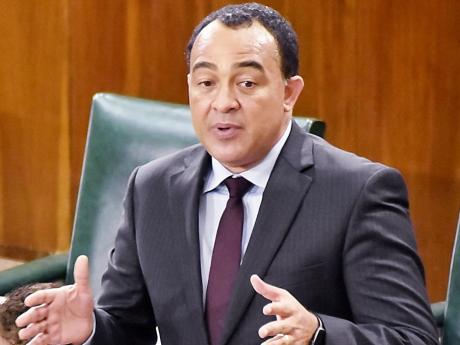 Health Minister Dr Christopher Tufton is maintaining that there has been no imported case of measles in Jamaica following the recent outbreak in New York in the United States.

He was responding to a claim by his Opposition counterpart Dr Dayton Campbell in the House of Representatives this afternoon.

Tufton had earlier presented a statement to the House renewing his call for Jamaicans to ensure that they are vaccinated against the virus.

But, Campbell maintained that he knew of at least one case of imported measles in Jamaica.

That was when Tufton rose, telling the House that in the past few minutes, he did some checks and was informed about a recent case involving a child who presented at Hospiten, a private hospital in Montego Bay, with complications associated with measles.

Tufton told the House that the child had the virus two weeks before arriving in Jamaica and it was no longer contagious at the point at which the child was taken to hospital.

He said this meant that it was not an imported case.

“If it is not contagious it does not represent a threat to the population,” Tufton said.

However, Campbell maintained that it was an example of an imported case.

Earlier, Tufton, in his statement to the House, said up to yesterday checks revealed that there was no imported or local case of measles.

He also bemoaned a decrease in the uptake of measles vaccines over the past few years.

Against that background, he appealed to parents to get their children fully vaccinated, noting that there are enough vaccines are available at public health centres free of cost.

Tufton said that healthcare workers, especially those at ports, are on alert and the ministry is prepared to activate its emergency protocols in the event of an outbreak.