Jamaica seeking US$100 million from China for coffee industry 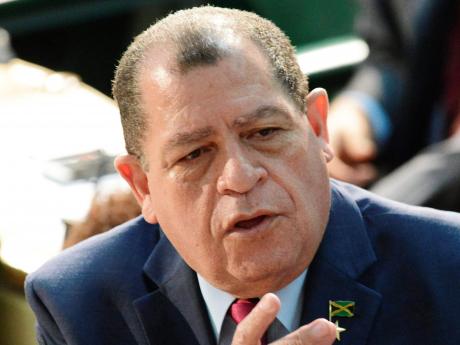 A sum of US$100 million in grant funding has been requested from the Chinese Government to advance the development of the coffee industry.

Minister of Industry, Commerce, Agriculture and Fisheries, Audley Shaw, said the money will be used to rebuild the Jamaica Blue Mountain Coffee.

“I have already had discussions with the present owner of a large part of the Jamaica Blue Mountain Coffee system [in furtherance of this]. He has indicated to me that he is willing to look at us finding another partner to work with him to more aggressively build out the coffee industry,” he said.

Shaw was making his contribution to the 2019/20 Sectoral Debate in the House of Representatives on Tuesday.

He pointed out that similar partnerships are to be formed to build out other industries, including cocoa and pimento.

Meanwhile, Shaw indicated that a memorandum of understanding has been signed for the establishment of an agro-economic zone at Holland, St Elizabeth.

He said a similar agro-park in the parish, located at Ridge Pen in Hounslow, will be launched later in the fiscal year with a focus on the production of hot peppers and vegetables.

“The new Spring Gardens agro-park in Portland is 80 per cent established,” Shaw noted.