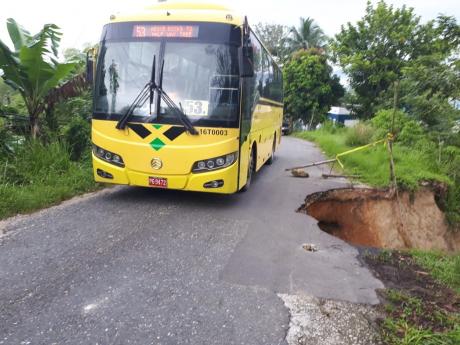 The Jamaica Urban Transit Company (JUTC) says it has located a plot of land in Above Rocks, St Catherine where its buses will now turnaround, which should ameliorate the inconvenience and frustration of residents.

This follows a breakaway on a section of the main road last week.

JUTC Corporate Communications Manager, Cecil Thoms, says an internal team, as well as the Above Rocks Police and members of the community, went in search of a more appropriate point for the turnaround of buses.

Thoms says the team was shown a plot of land with space for turning, which is about 200 metres from the terminus (St Mary’s College), which is before the breakaway.

He says the owner of the property was contacted and permission given to use this area as a turnaround point.

Last week, the JUTC was forced to shorten route 53 at Parks Road, which is a mile and a half from the terminus.