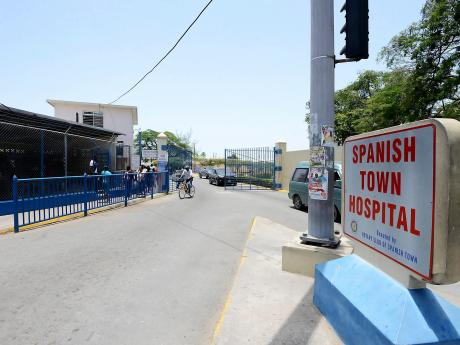 A family in mourning is threatening to take legal action against the Spanish Town Hospital in St Catherine after the body of a relative has been held in storage for more than a year because of a delay by the health facility to issue a burial order.

The hospital is being accused of negligence.

Damfel Daley-Morris, a sister of the deceased, 67-year-old Winston Daley, said the hospital has been giving the family the runaround since April 2018 after it released her brother's body to a funeral home without providing them with the burial order.

"Isn't that illegal? How can you give me a body without a burial order? They gave me the documents to sign up, and we did that, so why not just give up the documents to bury? Why hold on to it? They are technically holding on to the body," Daley-Morris said.

She said that to compound the family's grief, they are now faced with a storage fee of $320,000, not inclusive of burial charges.

She said the family wants the hospital to cover the storage fee, arguing that had it not been for its negligence, her brother would have been buried long ago.

"We are not a rich family. Every time me or my sister goes down there, it's another story. They told us that they couldn't release the body because of a police investigation, but neither the police nor the hospital has got back to us about anything. I don't even know how my brother died," she said.

However, a policeman attached to the Spanish Town Police Station has refuted the claims.

According to the cop, there was no police investigation into Daley's death as he died of natural causes.

He said the hospital was expected to provide the cause of death and a copy of the document to the police station, and from there, the family should get the burial order.

However, checks made by The Gleaner with the hospital revealed that the burial order was recently prepared for pick-up by the family.