Don't allow your children to walk on lonely roads - police 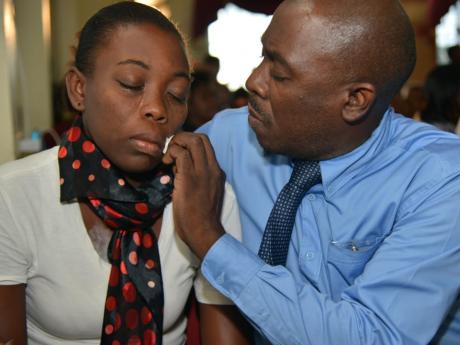 The head of the Centre for the Investigation of Sexual Offences and Child Abuse, Superintendent Charmaine Shand, is urging parents to stop allowing their children to walk alone on deserted roads.

Shand was speaking on Thursday evening at a community forum in Sterling Castle, St Andrew West Rural, a week after the body of eight-year-old Shatae Skyers was found in bushes.

Shantae was reported missing after she failed to return from the Red Hill Primary School on April 12.

"Our children are being abused and we are seeing it and not talking," Shand told residents gathered at the Sterling Castle Pentecostal Church at the forum organised by the Jamaica Constabulary Force.

She said parents and community members must take responsibility for their children.

According to Shand, since the start of the year, there have been 55 reported cases of child abuse.

Last year, there was a total of 856 reported cases of abuse in Kingston and St Andrew only and children were the victims in 80 per cent of the cases.

Shand has beseeched residents to keep a close watch on their children.

"My last son is 21 and I still watch him daily, I don’t care if he feels he is too old for it because he is still my son," she said.

In the meantime, one resident, Elecia Bethune, said the police are not able to effectively serve the community as there is only one police car at the Red Hills Police Station and 16 cops to cater to 25,000 residents.

She also said residents are at a greater risk of danger because the sole streetlight in a section of the community often malfunctions.

"There is only one light that has its own personality, it works sometimes and sometimes it doesn’t. Children then find the shortest path which is to walk close to Blue hole which is closer to the school," she said.

To compound the problems, Bethune said it costs a total of $600 to pay taxi drivers to bring students to and from school in Red Hills and most parents cannot afford it.