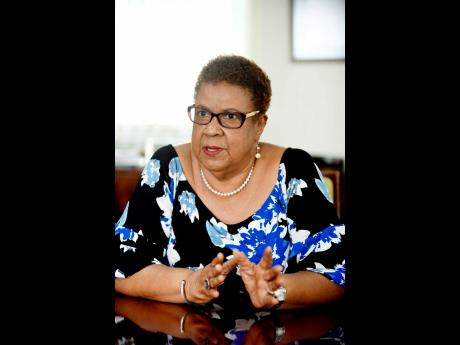 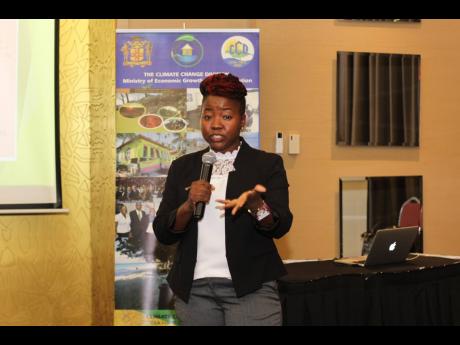 PROFESSIONAL WOMEN involved in the local environment sector have applauded the New Green Deal, a United States Congressional resolution that lays out a plan to tackle climate change and which has been the subject of much debate between the Democrats and Republicans while also capturing international interest.

Among other things, they say it is noteworthy that a young woman – Representative Alexandria Ocasio-Cortez of New York – is one of the two people to introduce it. The other is Senator Edward J. Markey of Massachusetts.

“I can’t help but applaud Cortez. Her action signifies the kind of bravery in the face of a lot that is happening, the scepticism, the pushback. She was brave enough to put this forward in a way that represents all young people and benefits everybody,” said Ayesha Constable, a long-time advocate for youth involvement in climate-change response.

“It shows a level of connection to all that is happening and what is happening on the ground. It is an indication of a new type of leadership (as is seen in the case of) Jacinda (Ardern, prime minister of New Zealand),” she added.

“We see women who are embracing their femininity, the caring and maternal aspect of their humanity and are willing to put their heads on the block. She (Cortez) recognises that by doing this, all of humanity will benefit. So I applaud it and hope that they will not throw her under the bus,” Constable, who also provides support to the Climate Change Division under the Japan Caribbean Climate Change Partnership, said further.

Republicans, according to a February 21 New York Times article, “have cast the Green Deal as a socialist takeover and say it is evidence that Democrats are far from the mainstream, on energy issues”. Democrats, meanwhile, have advanced it as key to reducing greenhouse gas emissions, as part of efforts to avoid some of the worse impacts of a changing climate.

Climate change, fuelled by a warming planet due to excessive human consumption of fossil fuels, presents a host of threats – from increased global temperatures and the associated negative implications for health, food and water security to extreme weather events, among other impacts.

The most vulnerable to these impacts include small-island developing states, such as Jamaica and others of the Caribbean, given their geographic location, small size and struggling economies.

Eleanor Jones, head of the consultancy firm, Environmental Solutions Limited, is herself pleased with the introduction of the resolution and by a young woman.

“I am excited, and I am excited because it is being led by this young Congresswoman. She is passionate and is not being intimidated,” she said, noting the vitriol to which proponents of climate change in the US have been subjected over time.

It is, Jones said, also symptomatic of the activism by youth globally who appear intent on having climate change prioritised, in line with the prevailing science.

“It is very interesting that you have all of this activism taking place and being led by youth for climate action. And their action is based on the scientific evidence that has been presented. This would include the IPCC (Intergovernmental Panel on Climate Change) Special Report on Global Warming of 1.5 degrees Celsius, and also what is happening with respect to the extreme events in terms of the blizzards and so on,” she said.

Among other actions, the group Extinction Rebellion, has led protests in London, insisting that the UK Government declare a climate emergency and reduce emissions.

“All the evidence is out there and they have decided the matter is urgent ... and so, they decided to bring attention to it,” said Jones.

Meanwhile, as the ‘jury’ remains out on a nationwide New Green Deal, the state of New York has reportedly gone ahead with its own version, passing the so-called ‘Climate Mobilisation Act’, intended to keep the city in line with emissions-reduction targets.