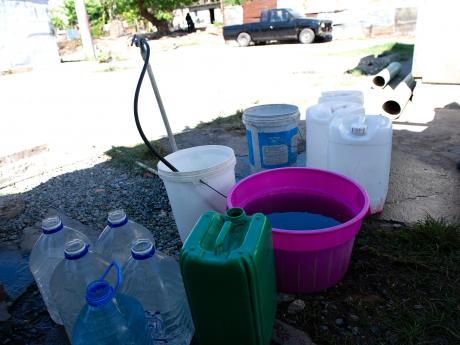 Opposition Members of Parliament of four constituencies covering the western belt of lower St Andrew are calling for the government and its agencies to solve the water crisis affecting their constituencies for almost a year now.

They say that up to yesterday at least 32 communities in the four named constituencies were without water due to production and distribution problems.

The MPs argued that the National Water Commission has been unable to bring appropriate relief through trucking as the government has discontinued the Rapid Response Unit, which was set up by a previous People’s National Party administration to assist in water crisis such as the one presently being experienced by thousands of residents.

In addition, they said several restoration dates given by the portfolio minister have passed without fulfillment of the commitments and no further explanation given.

They said the residents are now fed up as the problem seems to be getting worse as the water infrastructure is again damaged by the poor implementation of the road improvement projects on Constant Spring Road, Hagley Park Road and the Mandela Highway.

The MPs are calling for the government to move to address the problem.