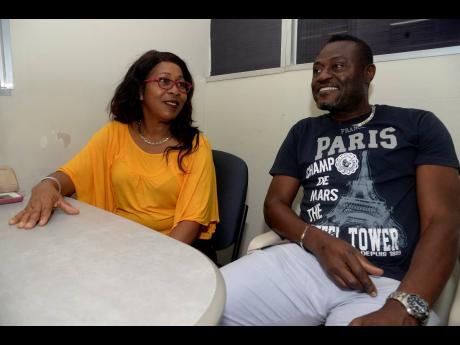 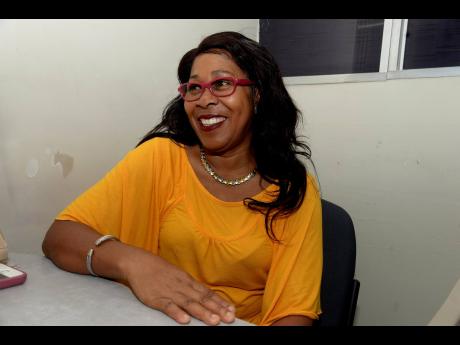 Donna Marie Vernon, a crane operator at the Kingston Freeport Terminal Ltd, enjoys a very active lifestyle. However, at age 24, Vernon’s world was rocked when she was diagnosed with cervical cancer.

“I was working as a female machinist at a factory and the cancer society was doing a drive to have Pap smears done. All my female co-workers were going to get theirs done and all of them came back talking about how painful the process was,” Vernon said.

She then decided to show these women how soft they were by going to get examined also. “I was saying that it nuh hot, so I went to do it just to show them up,” she said laughing. “I didn’t think anything of it.”

Vernon went back to work without another thought of the examination as she had successfully proven her point. It was about a month later that the results were distributed at the factory where Vernon was employed.

“All the other women went to get their results and walked out of the office, so I went in afterwards, and when the lady in the office checked for my results, she said that none was there for me,” Vernon recalled. “So I said, ‘But I did the test. It has to be here’, and that’s when the lady checked another set and said that I would be contacted.”

Vernon explained that she questioned why she had to wait to be contacted while everybody else got their results in hand. However, she did not panic until she was told that she would receive a letter from the cancer society.

“When the telegram came, that’s when everything really came down,” she said. “I read the thing and it was saying that they found some cells that could be cancerous and that I should come to the cancer society in a week’s time.”

Vernon went on to express how worried she was about what was to come, but she still did not tell anybody about what was found. Nerves caused Vernon to lose her appetite and she was not able to function at work. A week later, she went to face the music.

“When I got to the cancer society, it was as if the nurse saw the worry on my face or what, but she came in and she said, ‘We found it early. You are not going to die. There is something we can do about it’, and that took a huge burden off of me,” Vernon said.

She still did not tell her husband and the rest of her family about the diagnosis. The nurse proceeded to inform her about cervical cancer, how it is contracted, and what can be done to prevent and treat it. Vernon was examined once more and told that the course of action to treat her cervical cancer was to use radiation treatment to burn away the cancer cells.

“I am happy that I am cancer-free because if I did not feel the need to challenge my co-workers that day, I probably would not have ever done a Pap smear, nor would I have found out that I had cervical cancer,” Vernon said.

The mother of three is even more grateful for having caught the disease in the early stages, as her third child was born after she was treated and she does not think she would be able to have children if her cancer had developed.

“I encourage every female, if you are sexually active, get your Pap smear done. It could save your life like it did mine,” Vernon encouraged.

Her husband Reginald applauds her for her strength, as she fought this battle on her own. Twenty-five years later, when he was told of what his wife went through, he expressed that while he was concerned, he was even more happy that she is cancer-free and enjoying her very active life.

With April as Cervical Cancer Awareness Month, Vernon’s experiences show why it is very important to get examined before it is too late.