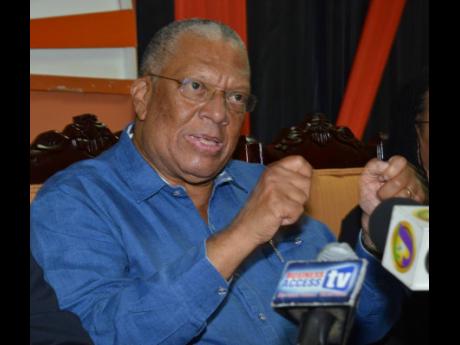 Opposition Leader Peter Phillips has urged the Government to widen the scope of the review of the Bernard Lodge city project, saying that all key stakeholders should be consulted in order to maximise public buy-in.

Speaking at the groundbreaking of the Silver Sun Estate housing project on Wednesday, Prime Minister Andrew Holness revealed that his decision was triggered by outcry about huge infrastructural costs and the forfeiture of prime farmland, as well as concerns about potentially long travel times between the St Catherine site and Kingston.

Bernard Lodge, once a thriving mass of lands under sugar cane cultivation, has been pitched by the Andrew Holness administration as Jamaica’s third city. It would be sited on 4,600 acres of space and take an estimated 18 years for full buildout.

In a statement issued by his office yesterday morning, Phillips said that the study should go beyond spatial and transport concerns outlined by the prime minister and reference technical issues mentioned by hydrologists and other experts.

He also wants full transparency around the details of the divestment process managed by the Sugar Company of Jamaica in selling the lands.

Phillips also called for the auditor general to be included in the process to guard against residents’ constitutional rights being breached. Public consultations should also be held, Phillips said.

“The contribution of the independent commissions and the people are extremely necessary, as the Government and its agencies could not be expected to review themselves,” Phillips said.