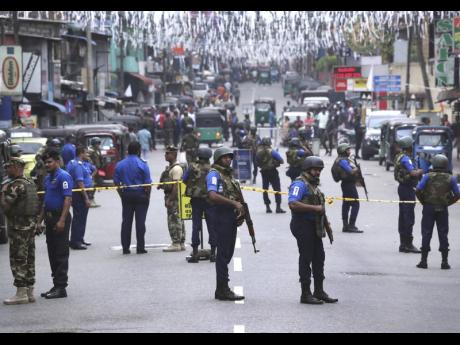 Fifteen people, including six children and three women, were killed in Sri Lanka yesterday after suspected Islamist militants blew themselves up during a raid by the security forces, authorities have confirmed.

According to officials, the raid was conducted in Sainthamaruthu, near the hometown of the suspected ringleader of the series of coordinated Easter Sunday attacks that killed at least 250 people.

The police report that gunmen opened fire as troops attempted to raid a house.

Three others were killed by gunfire.

Footage shown on state television showed charred bodies inside the house, one of them cradling a rifle.

Explosives, a generator, a drone, and batteries were also visible.

Officials say around the same time, security forces raided another building in a nearby town where they found more explosives and a drone.

Residents reported that some 600 Muslims fled the area as the raids unfolded and took shelter in a school.

Sri Lanka has been on high alert since the coordinated wave of bombings last Sunday, which also wounded more than 500 people.

The bombings targeted churches that were packed for the Easter holiday, as well as hotels popular with tourists.