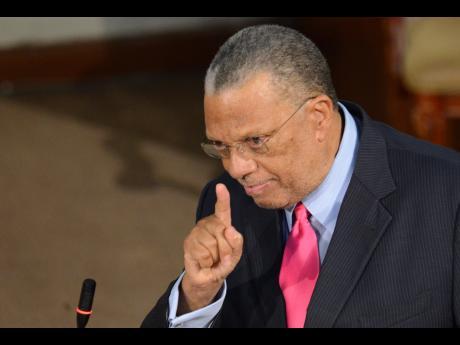 Phillips...there is need for a national consensus on crime, which is without doubt one of the most serious problems that we face as a country

Opposition Leader Dr Peter Phillips has again called for the long promised anti- crime meeting of stakeholder groups to be convened to forge a national consensus against crime and violence.

The Private Sector Organisation of Jamaica, the Jamaica Chamber of Commerce, the Peace Management Initiative and the church are among the groups expected to be part of the talks which has been on the table for over a year.

“There is need for a national consensus about this issue which is without doubt one of the most serious problems that we face as a country. The private sector has already agreed, we the opposition have agreed and other groups have agreed,” Phillips said.

He noted that the Opposition has repeatedly called for the anti-crime measure to be expanded “to stem the scourge that continues to wreak havoc” on communities in Clarendon, Westmoreland, Hanover, Kingston and St Andrew, St Catherine and other parts of the island.

Dr Phillips says high levels of crime have been a persistent feature of Jamaica’s social reality, “with the murder rate having almost doubled every decade since Independence.”

“While we deal with the ZOSOs, the only long term solution is to take the criminals off the streets and we know who they are, based on utterances by the government and the security forces after the end of the State of Emergency. If we need legislative enhancement to get this done, we should do it.”

“Once again, this signals the levels of savagery that have overtaken so many areas of Jamaican life. The cases of domestic violence, the drive-by shootings in several communities, the killing of our children and this blood thirst need more than just a sprinkling of zones of special operations or the scraping up of thousands of young men without charge unconstitutionally,” he said.

“It is time we seriously bring together the stakeholders and agree on a national approach that will be both far-reaching and sustainable,” he added.