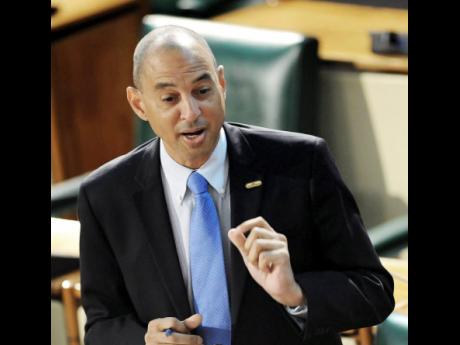 Government and Opposition senators have come to the defence of cookshop operators and other small players in the food industry who could face fines of up $5 million as part of proposed changes to the nation’s food safety law.

The Senate last week began debating proposed amendments to the Food Storage and Prevention of Infestation Act, which seeks to “ensure the safety and wholesomeness of food in light of developments in the relevant industries”.

Under the proposed changes, the fine for anyone found guilty of contravening the law jumps from $200,000 to a maximum of $3 million or three years in prison for first-time offenders. The maximum fine increases to $4 million if the offence causes any damage.

For second-time offenders, the maximum fine increases to $5 million or five years in prison, regardless of whether it results in any damage.

Amid a report by Mayor of Kingston Delroy Williams that there has been an explosion of mobile food vendors across the country, Government and Opposition senators agreed, during the debate in the Senate, that the fines could have a devastating impact on small operators.

“I think about the little cookshop man on the side doing a thing, or the small business operator. Some of them, their revenues are not even $2 million; it’s not even $1 million. So we have to be mindful of that,” Government senator and private-sector leader Don Wehby cautioned during the debate.

“As we say (no pun intended), we don’t want to box food out of these people’s mouths, ‘cause some of them send their children to school based on these little cookshops,” the GraceKennedy boss added, while making it clear that he is in full support of the proposed bill.

Opposition Senator Damion Crawford urged his fellow lawmakers not to make criminals out of people who are trying to earn a living.

After two hours of debate, senators, acting on a suggestion made by acting Leader of Government Business in the Senate Pearnel Charles Jr, agreed to suspend the discussions until the next sitting of the Upper House to allow time for a review of the concerns.

Williams, in his contribution to the debate, said the Kingston and St Andrew Municipal Corporation (KSAMC) has seen an increase in what “we loosely refer to as mobile food vendors across the country, certainly in the city of Kingston”.

Further, he said the KSAMC has seen an increase in the number of persons and organisations seeking to provide meals for homeless persons

He did not provide any figures.

The mayor noted that mobile food vendors are licensed under various laws, but are not formally licensed by the KSAMC. As a result, he said the local authority is now “structuring a process to do so.”

“So this [proposed amendment to the law] is quite helpful to us in what we are doing,” Williams said.

Wehby suggested that a comprehensive education and training campaign is required if the proposed amendments are to be effective. “And we need to do it in a very structured manner,” he said.