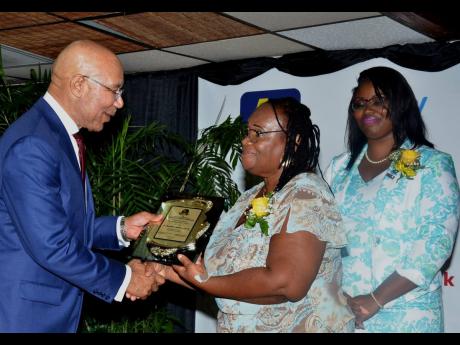 Nine outstanding Jamaicans from the county of Surrey have received the 2019 Governor-General’s Achievement Awards (GGAA) for sterling contributions to their communities and their commitment to excellence.

The pinning ceremony for the awardees was held on April 25 at the Jamaica Conference Centre in downtown Kingston.

The theme of this year’s award ceremony was ‘Engaging, Empowering and Inspiring Jamaicans’.

Governor General Sir Patrick Allen praised the recipients for their commitment to excellence, their accomplishments and the contributions to their communities, despite social and economic hardships.

“This is all about engaging individuals. People who are engaged want to be part of something that is bigger, better and valuable. They want to make a difference in the lives of people in their communities. Our award recipients inspired others by being successful volunteers and mentors. I want to say heartiest congratulations; you have done well,” he said.

The governor general encouraged all Jamaicans to follow the example set by the awardees, who have achieved success and given selfless service in community development.

“I urge everyone here this afternoon to engage, empower and inspire others this year. Your life will be richer and you will be happier, knowing you have changed the life of someone else,” he said.

Responding on behalf of the awardees, Calvin Hunter Jr from Kingston expressed gratitude for the recognition.

“We are happy that the work we have done in our communities, schools and churches and in our own lives, is being recognised. While we continue to search for who we are and the purpose in our lives, we have learned that change only happens when ordinary people get involved and get engaged,” he said.

A total of 42 persons from across Jamaica’s three counties have been selected for recognition. Presentation ceremonies for the remaining two are scheduled for Cornwall on May 30, and Middlesex on June 25.

The age-group categories are 18 to 24, 25-35, and persons 35 years and over. The selection criteria focused on family, youth and education and the recipients’ impact on their respective communities. The GGAA began in 1991 under the leadership of the then governor general, the late Sir Howard Cooke to recognise Jamaicans 35 years and older who had achieved despite difficult and challenging socio-economic circumstances, and are making substantial contribution to the nation, but were not recipients of national honours and awards.

This programme was expanded by Governor General Sir Kenneth Hall in 2006 to include youth between the ages of 18 and 35 for excellence in academia and voluntary service, as well as individuals in the diaspora who were making significant contribution to Jamaica and in their host countries.

In February 2014, the GGAA and the ‘I Believe Initiative’, launched by Sir Patrick Allen, were merged to create the Governor General’s Programme for Excellence.