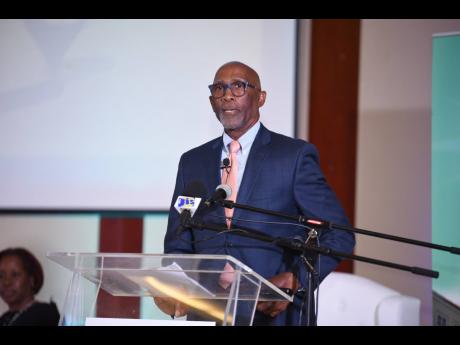 As the police in St James struggle to clamp down on lawlessness, residents have been jostling for spaces in gated communities as they try to avoid the wave of crime and violence sweeping the northwestern parish, a Jamaica National executive has suggested.

After a yearlong state of public emergency (SOE), which saw murders falling from 341 in 2017 to 102 in 2018, homicides are again on the upsurge in the parish since the crime-fighting measure ended on January 31 this year. The parish has recorded at least 58 murders since the start of the year, an 80 per cent jump over the comparative period last year.

“What I have noticed in the recent past is that more persons in St James – maybe because of the crime, and we are responding to that – they are moving into gated communities,” Carlton Earl Samuels, chief development financing officer at the JN Group, said at the just-concluded realtors symposium at the Montego Bay Convention Centre.

According to Samuels, while in former times potential homeowners found areas like Ironshore and Coral Gardens most attractive, those upscale communities don’t seem to catch the eyes of the current generation of aspiring homeowners.

“During my early years, everyone wanted to live in Coral Gardens, in Ironshore, but any developer who brings a gated community development in this area, I can assure you, as long as your pricing is reasonable, it will be taken up like hot bread,” said Samuels.

According to Samuels, Jamaica National is cognisant of the needs and the high demand for gated community homes and is responding accordingly.

“Here in Montego Bay, we are actively involved in the development of new units that are coming to the market. At present, we have some four developments taking place in and around Montego Bay,” said Samuels.

“We think there is a great opportunity for developers and realtors in and around Montego Bay and, I dare say, all over Jamaica,” added Samuels.