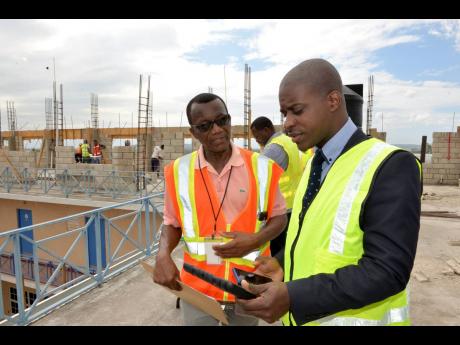 The Regional Drug Law Enforcement Training Centre (REDTRAC) is expected to double its capacity, following the completion of its expansion project in October.

Director principal of REDTRAC Major George Benson said the organisation, which is based at the National Police College, in Twickenham Park, St Catherine, is expanding to meet the demand for additional space for training.

The facility currently accommodates 30 persons, who are being trained in the various courses offered at the Ministry of National Security’s department.

Major Benson said the increase in physical capacity will have a positive impact on the region’s effort to combat multinational crimes, such as drug and human trafficking, money laundering and cybercrime.

“We see where the criminal organisations are forming themselves into networks, and so that’s one of the objectives of REDTRAC. It’s a hub which caters to a network of islands and departments around the region, so we have a common curriculum that focuses on the common ways of doing things,” he explained.

According to Major Benson, in previous years, their courses were usually oversubscribed, so he expects an increase in local and regional participants in the regular courses and computer-based training that they offer.

“Both modalities will be increased as a result of this expansion; so in terms of the regular core courses, we will have another 30 persons in the new classroom,” he noted.