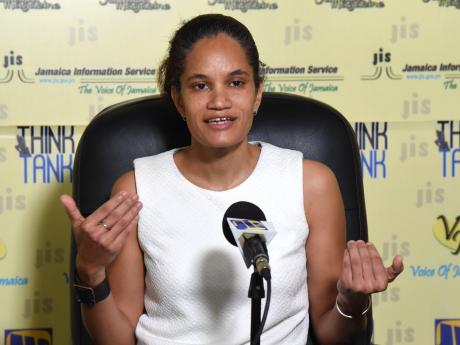 President of the Jamaica Film and Television Association (JAFTA), Analisa Chapman, is reporting a steady increase in demand for local content.

She has credited the growth to development and capacity-building initiatives that are being implemented for the creative industry.

Speaking in an interview with JIS News, Chapman noted that the association, through partnership with Jamaica Promotions Corporation (JAMPRO) and the British Council, has focused primarily on identifying and assisting local creative practitioners to develop quality scripts and diverse stories to serve the international marketplace.

“JAFTA came about in 2015 out of a need to create more structure and collaboration between local film and television practitioners, and so we have a focus on developmental and capacity-building initiatives, community outreach, and advancing best practices in order to improve and develop the quality of the Jamaican film and television landscape,” she pointed out.

She reported that between 2016 and 2018, 14 new short films came to fruition featuring various genres such as fantasy, drama and comedy, and JAFTA, most recently, facilitated the production of its first animated film, Agwe.

She noted that the association, through its script-to-screen programme called ‘Propella’ nurtures Jamaican content creators and enables them to tell their stories cinematically by providing funding and technical support.

The programme identifies up to five local film-making projects and then assists them throughout the year with script development, production funding and engagement with various markets.

JAFTA, through its partnership with the British Council and JAMPRO, facilitates a Film Lab, which is a talent discovery and project preparation programme that takes feature films from the initial stages and develops the writer, editor and producer.