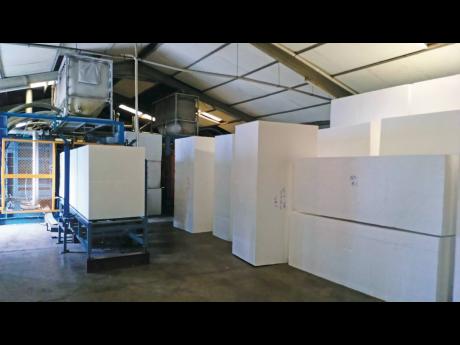 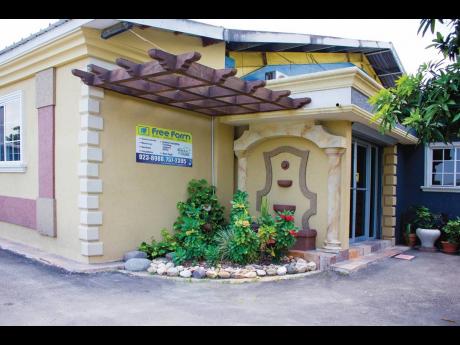 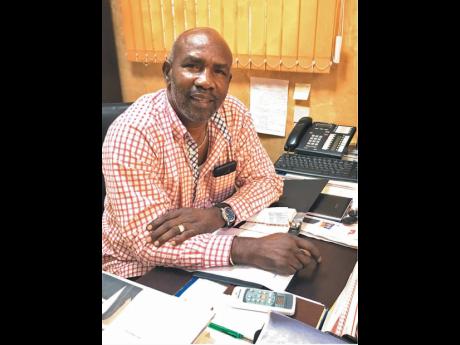 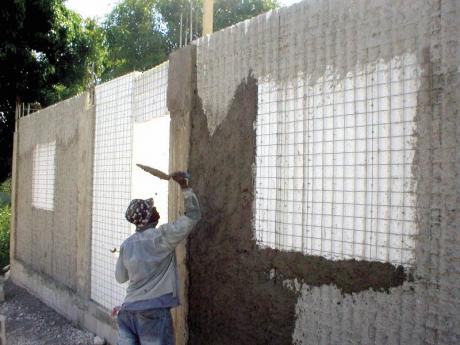 Contributed
An employee applies cement to a structure made of expandable polystyrene.
1
2
3
4

Throughout the entire duration of the interview, Keith Edwards kept smiling. Not often business owners smile as they speak about doing business with government entities. Edwards, however, beams with excitement at the mention of Jamaica Promotions, fondly known simply as JAMPRO. In his words, “most of my business successes started with them (JAMPRO)”.

Edwards is the chief ­executive officer at Free Form Factory, a company he conceptualised and created in 1992. The factory ­manufacturers expandable polystyrene (EPS) that has diverse use in construction, arts, culinary arts, floral arrangement, insulation of building, rehabilitation of roadways, among other uses. He boasts a diverse list of clientele, having worked with multinational companies as well as local individuals.

His most recent deal is destined to bring him more success. With the help of JAMPRO, Edwards ­managed to snatch a contract with the government of Cuba. He exports aluminium ­hydroxide to the neighbouring country, a ­product used to purify water, among other things.

“It is not my core area, but where the business is and we can fill the need, then we shall surely do that,” says Edwards.

He has not side-lined Free Form Factory, which is located off Spanish Town Road in an area called Nanse Pen. The factory’s ­reputation exceeds its industrial park ­location. Civil and industrial engineers call upon him quite often. The Portmore Highway was rehabilitated with the use of the EPS ­product from Edwards’ factory.

The controversial yet eye-­grabbing ‘Redemption Song’ statue at Emancipation Park is another beneficiary of Edwards’ expertise. The 11-foot-high bronze ­sculpture, situated at the park’s main entrance at the corner of Knutsford Boulevard and Oxford Road, stands tall with the use of the lightweight material inside the naked male and female bodies.

Hundreds of building contractors know him by name, as the ­decorative mouldings and dressing of several private dwellings across the ­country are built with the use of EPS products. EPS provides a cheaper yet sturdy alternative for families to build their own homes.

Referring to his business ­acumen as someone who does not like to follow trends, Edwards says he ventured into the ­expandable polystyrene market as he is “always adventurous to follow new stuff. We build a lot of concrete houses in Jamaica and they are not ­insulated. Free Form, through the use of expandable polystyrene foam, can insulate these buildings to help to bar out heat.”

When he recently ventured into the Cuban market, it was JAMPRO that initiated the deal. Through the government entity’s intervention, Edwards was able to access the Cuban market through its export market penetration programmes. JAMPRO ensured the company’s Cuban deal was brokered and secured. The entity also facilitated, through the EXIM Bank, a Cuban line of credit.

“I’ve been going to Cuba over a period of time with JAMPRO, having discussions with officials and, during that time, developed relationships. This business deal would not be possible without the trade missions,” he explains.

Doing business with Cuba has also created other opportunities for him in that country. He is soon to commence export of his own manufactured product to ­companies based there.

“I share my story as there could be companies here that could generate similar interest, and this could be an added venture for them,” he says.

In commending JAMPRO, Edwards says he will maintain a strong relationship with the ­government entity and continue to engage them, as global business opportunities are limitless.