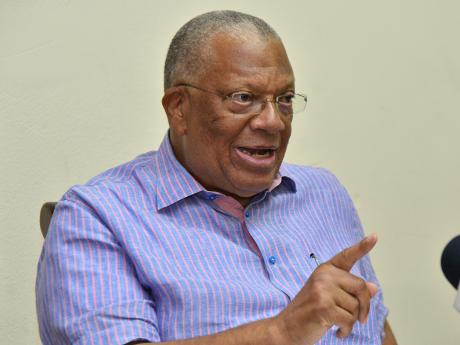 In a statement, Phillips said that with the increasing rate of murder in Westmoreland, Hanover and St James, there is no disagreement with a national response.

The declaration was prompted by a high level of murder, shootings, gang activity and the illegal trade of guns and drugs.

Last December, the parliamentary Opposition voted against any further extensions of the three states of public emergency that were in place in St James, the St Catherine North Police Division and across three police divisions in the Corporate Area.

Phillips argued that it is the duty of the government to protect the security of Jamaicans.

He argued that whereas it is government’s prerogative to declare States of Emergency, only lasting results will pronounce on their efficacy and effectiveness.

“The very fact that after more than one year after the SoE in St James, there has been this resurgence of criminal activity underscores the fact that a SoE without other anti-crime measures that single out and target the producers and perpetrators of violence and bring them to justice will not provide the level of security that the country deserves,” Phillips said.

The opposition leader said the country still awaits the formal announcement of the other crime fighting measures which secure Jamaica in a sustainable way.

“We expect that the accompanying regulations will be announced along with the appropriate tribunal to ensure that the rights of the people are protected. We continue to insist that there is scope in others areas to utilise the Zones of Special Operations which is a long term crime fighting measure given that there are communities of high criminal activities across the country, especially in the Corporate Area and Clarendon,” Phillips said.