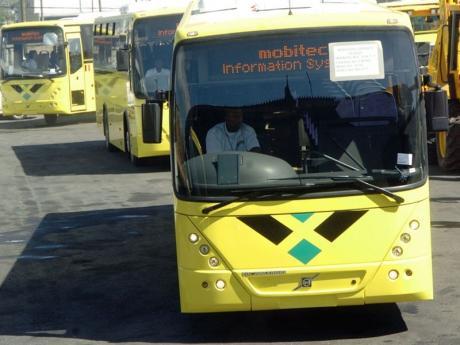 Montego Bay Metro Limited’s operations will be restructured this year in order to satisfy increasing commuter demand on routes in western Jamaica over the medium-term.

As stated in the 2019/20 Public Bodies Estimates of Revenue and Expenditure, the restructuring will facilitate better scheduling of the entity’s fleet and expansion of service to other satellite communities within the parishes of St. James, Hanover and Trelawny, where it operates.

Concessionary rates for school children and senior citizens will be maintained.

In order to meet its 2019/20 targets and projections, the company will be taking steps to increase its inventory of spare parts, tools and equipment; prioritise buses to be serviced while maintaining a structured and timely schedule of repairs; and refurbish its existing fleet.

The company anticipates operational revenues of $126.8 million, which, with a $52.7-million government subvention, is expected to result in a net deficit of $191.4 million.

There are plans to strengthen the entity’s revenue stream by pursuing activities such as mobile advertising, and charter and tourist transport services.

The bus company has a staff complement of 72, which the management will seek to increase as operational reorganisation is pursued.

The company was established in September 1997 to provide a dedicated school bus service for students and teachers in St James and its environs.

It became a public-sector entity in 2002, when its shares were acquired by the Government of Jamaica to facilitate improved bus service to the citizens of Montego Bay.

Over time, the bus company has systematically evolved into a source of transportation for residents in the neighbouring parishes of Hanover and Trelawny.