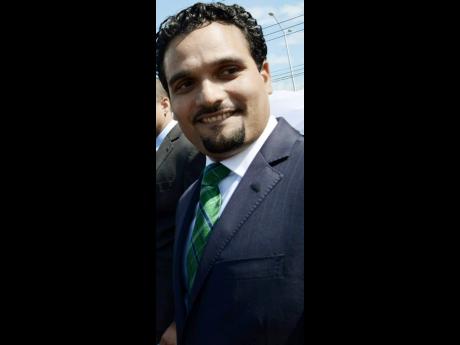 As the controversial pricing regime at the state-owned oil refinery Petrojam came into focus yesterday, Parliament’s Public Accounts Committee (PAC) was given an example of what seemed like the arbitrary adjustment of market prices by a former chairman.

Yesterday, an email presented to the PAC revealed that five days before the 2016 local government elections, former Petrojam Chairman Dr Percival Bahado-Singh instructed a top executive at the refinery to slash $2 off the ex-refinery price of several gasolene products.

Fourteen minutes after the November 23, 2016, email was sent, another correspondence showed that Petrojam Acting General Manager Winston Watson then ordered a subordinate to ensure that the chairman’s directive was carried out.

The emails surfaced as lawmakers on the PAC grilled Petrojam executives about its controversial pricing formula for gasolene products.

“The board of directors of Petrojam has careful (sic) considered the present trends in the local fuel consumer market. There has been much dialogue from marketing companies on the matter. As such, there is need to regain confidence with our customers,” Bahado-Singh began his email.

“After detailed evaluations and analysis, the board hereby instructs that a reduction in [e]x-refinery price of $2 be placed on those individual commodities i.e. gasoline (87 and 90), diesel and USLD,” he added, with a directive that “this should be put into effect this week”.

The documents show that Watson forwarded Bahado-Singh’s missive to Sophia Archer, a member of Petrojam’s Pricing Committee, with a directive of his own.

“Sophia: Please see instructions from the chairman of the board of directors. Please act accordingly,” he wrote.

Watson, who appeared before the PAC yesterday, initially distanced himself from the email.

“I was not at Petrojam, so I’m not sure that letter was addressed to me,” he told lawmakers on the PAC.

But after he was shown a copy of the email, the Petrojam boss acknowledged that November 23, 2016, was the day that he left the state-owned oil refinery to join its parent company, Petroleum Corporation of Jamaica.

He revealed, too, that Bahado-Singh’s instruction was implemented.

Watson explained that Bahado-Singh’s email was a response to a prior correspondence from the former Petrojam chairman in which he enquired about “adjusting the price” of gasolene products.

“We told him it couldn’t be done unless instructions came not from him, but from the board, and that is why he wrote it and copied the directors,” he said.

Jamaica Gasolene Retailers Association President Gregory Chung has renewed the call for a review of Petrojam’s oil-pricing regime. He told The Gleaner on Monday that weeks of increases at the pumps have once again raised questions about the method used by the entity to arrive at its ex-refinery prices.