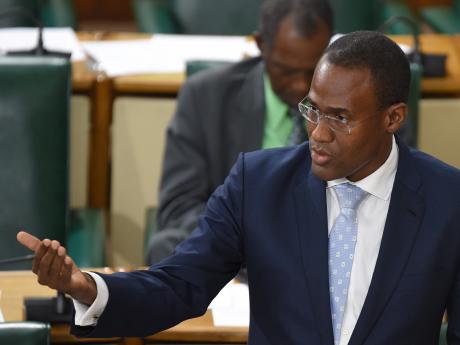 The House of Representatives on Tuesday approved the National Contracts Commission (Validation and Indemnity) Act, 2019.

The Bill seeks to validate and confirm all acts done in good faith by the National Contracts Commission in the performance of its functions pursuant to the mandate granted to the Commission under the Contractor General Act in the registration and classification of perspective contractors.

Minister of Finance and the Public Service, Dr Nigel Clarke, who piloted the legislation, said it seeks to validate those acts done over a 20-year period beginning February 11, 1999 and ending on April 1, 2019.

He said the Commission was established pursuant to the Contractor General Act by way of an amendment to the Act in January 1999.

Clarke pointed out that under the Contractor General Act, the Commission was charged with the responsibility of carrying out certain functions in order to give effect to the principal objects of the Commission, namely the provision of efficiency in the process of award and implementation of government contracts and ensuring transparency and equity.

He said the functions of the Commission included, among other things, registering and classifying such contractors according to the level and scope of the government contracts to which their registration applied.