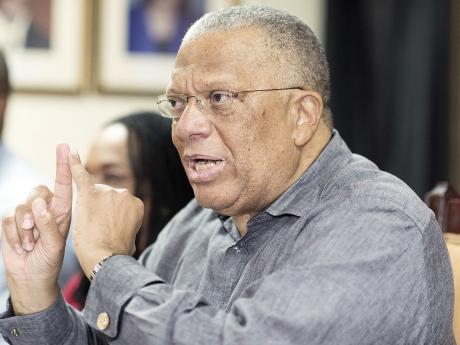 Leader of the Opposition, Dr Peter Phillips, has asked the Auditor General to launch a probe into the sale of prime farming lands in Bernard Lodge, St Catherine.

The lands, which were occupied by farmers, are to be sold to developers for housing projects by the government.

Phillips, in a statement today, said that he formally wrote to Auditor General Pamela Monroe-Ellis on Tuesday requesting that a comprehensive audit of the operations and performance of the Sugar Company of Jamaica Holdings Limited and its subsidiaries, including its governance arrangements, be commenced.

He is also calling for a performance and compliance audit of the processes and procedures employed by the SCJH in the divestment of lands under its control and particularly in relation to the Bernard Lodge project.

The opposition leader says he was compelled to write to the Auditor General as the government’s proposed review of the plan for the Bernard Lodge New City Project was not far-reaching.

“Numerous concerns and complaints about the transparency and fairness of the divestment process have been expressed by the farming community, including farmers who previously occupied the Bernard Lodge lands, and the wider public,” Phillips said.