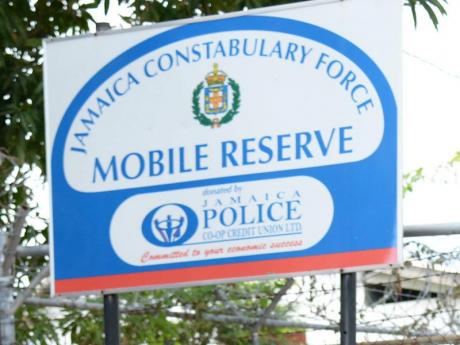 The National Security Ministry has announced that the police Mobile Reserve is to be disbanded.

In the meantime, its boss, Senior Superintendent Terrence Bent, has been sent on leave to facilitate an investigation. The three cops reportedly shot and killed a man at Chedwin Park and were seeking to escape when they were pursued in a high-speed chase by an off-duty cop.

It was initially reported that the fleeing cops crashed into another vehicle at the intersection of Job Lane and Brunswick Avenue and during a crossfire, one of the cops was killed another escaped and a third arrested.

A motorist, Kevron Burrell on a visit to Jamaica from Miami, was also killed.

The escaped cop, Corporal Kirk Fraser, has told RJR News a different account of the incident, saying it was another group of men who shot the man at Chedwin Park.

He said he and his colleagues then pursued that attackers and soon noticed that they were being trailed and fired on.

Fraser said after the car with his colleagues crashed, a man appearing to be a policemen, walked over and killed corporal Rohan Williams, still seated in the driver's seat.

He said the man also approached the other crashed car and shot the driver.

What happens now at Mobile Reserve

The National Security Ministry says Assistant Commissioner Warren Clarke has been assigned to oversee the winding up of the Mobile Reserve. Clarke is also to develop the framework for a new vetted, specialised operations organisation.

The Ministry says the new outfit will comprise properly trained and equipped personnel to respond to current and future threats.

According to the National Security Minister Dr Horace Chang, the impending disbanding of the Mobile Reserve is the start of major reform of the Jamaica Constabulary Force.

He said the government has given the commitment of budgetary and legislative support.

"These plans will be executed this year," Chang said.

"We are of the view that crime is the greatest threat to the development of our society," Chang said. "We all want a Force to see strategically purposed to deal with the current challenges effectively or we will not be able to achieve national objectives."

The minister is begging the public to support the process and the reform.