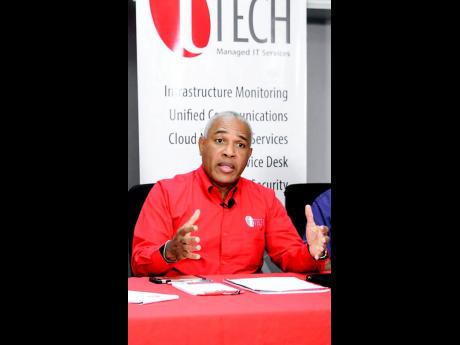 Funding problems hampered the rollout of the much-touted Tablets in School project spearheaded by e-Learning Jamaica for reporting year April 2017 to March 2018 as the entity continues to grapple with cash-injection woes from supporting government ministries.

During the 2017-18 financial year, e-Learning received an approved budget of $450 million to start the Tablets in School National Rollout, which was significantly less than the $718 million required.

Cabinet, in July 2017, did, in fact, approve that the entity be funded through the Universal Service Fund for 11 years at an approximate amount of $718 million annually.

These and other details were contained in the latest annual report of the state-funded company tabled in Parliament on Tuesday.

With what the entity described as “late” approval of the project and having to work with substantially less funds, chairman of e-Learning Jamaica Christopher Reckord noted in the report that parts of the project had to be pushed back.

He listed the procurement of equipment and consultants to undertake training and the identification and preparation of additional project resources as areas of the broader initiative that would have been affected because of late approval and funding.

“The decision was taken to double the initial group of schools to be targeted from 90 to 196 schools (including 26 of the pilot schools),” the e-Learning chairman had noted.

It was the Ministry of Education, Youth and Information that selected the 196 schools from a list of 400 based on undisclosed selection criteria and their readiness for implementation.

There was a pilot project that began in 2014 in which tablets were distributed to 24,000 students and 1,200 teachers in six pre-primary, 13 primary, five all-age and junior high, and 12 high schools, as well as one teachers’ college and one special-education institution.

The project involves collaboration between the Ministry of Education, Youth and Information and the Ministry of Science, Energy and Technology. It is being implemented by e-Learning Jamaica Company Limited and the Universal Service Fund.