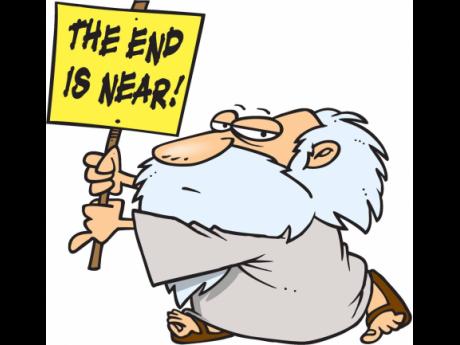 Grief-stricken and overwhelmed by the recent abductions and murders in the country, Christian blogger Amoy Lawrence, also known as the Anointed Writer, penned a letter to the editor suggesting what she believes would be an answer to crime in Jamaica.

Her letter asked the question of the whereabouts of the country’s crime­prevention strategies, after which, presented her proposal of appointing prophets to function as advisers to the nation’s leaders.

“There are many instances in the Bible where prophets work alongside kings and governments to implement crime strategies.

“In 2 Kings 6, Elisha supernaturally received knowledge of where the invading Syrian army would strike. Each time that he sent word to his king with this knowledge, the king positioned his troops to ambush the invaders, turning them back. This happened so frequently that the Syrian king was certain he had a spy among his advisers, but his servants convinced him that a prophet of God was informing the Israelite leaders. So the Syrian king released an army to kill the prophet.

“In this case, supernatural knowledge not only informed military decisions but also led to a miraculous military victory and released mercy, changing Syrian ­policy towards Israel for a time,” she wrote, giving a biblical example to support her proposition.

In a follow-up with Family and Religion, the Anointed Writer revealed that the contents of her letter were no ordinary idea but direct instructions from God.

“[There are] some other details I cannot disclose, but He spoke directly while in prayer and instructed me to make the suggestion in the form of a letter to the editor,” she said, adding that while she has much faith in the prime minister and his openness to new ideas, it would take divine intervention for the godly ­suggestion to be readily accepted or considered, even.

However, she maintained that nothing is impossible with God.

Lawrence is the local ambassador and media coordinator for the GIFTED Network International, a movement that seeks to build a community of anointed young world changers, which will be hosting its first National Prophetic Summit in Jamaica come August 15 to 17 at the Emmanuel Apostolic Church in Portmore.

Head of GIFTED and conceptualiser of the event, the Reverend Shambrae Robb, added that prophets possess the ­supernatural ability to guide and offer heavenly perspectives on earthly matters.

According to her, “Prophetic insight presents an advantage over the plans of the present and an unbiased view into the unseen future. The problem that we have faced with current forms of spiritual advisory in government is one, lack of true prophetic insight, and two, infatuation with the opinions of man and not God.

If we are going to implement a proven biblical model of godly counsel, then we must make sure that those appointed to these positions are verified prophets with a provable track record, socially and politically aware, and committed to the will of God and not the special interests of any party.”

Robb told Family and Religion that an invitation will be sent out to the Government of Jamaica to attend this year’s summit.

“The National Prophetic Summit is not just another church event. It is the convergence of culture, media, government, and so much more with the infinity of God’s presence and power. The gospel does not just give us answers for a life after death; it gives us answers for a nation built on the principles of righteousnesss,” Robb said.

She added: “We intend on inviting as much government officials that will come to not only enjoy a time of worship but to engage in hearing what God is ­saying regarding the future of our nation and the destiny of our people. Contrary to popular belief, God has more to talk about than just houses, cars, and hell. He has a word for the economy, the justice system, Parliament, the school board, the agricultural industry and so much more. We crave their attendance, as well as their support. We are fully confident that God will glorify Himself in their midst.”