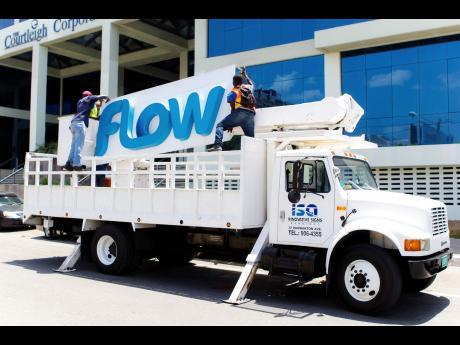 Telecommunications firm FLOW has announced that it will be working this weekend to replace cable infrastructure that was extensively damaged as a result of the ongoing roadwork in the Corporate Area.

The company revealed that on Wednesday customers in Manor Park, Stony Hill, Norbrook, Constant Spring, Cherry Gardens and adjoining areas had their services disrupted as a result of damage to its cable network between Dunrobin Avenue and Goodwood Terrace, along Constant Spring Road.

According to FLOW, the situation was further compounded as waste from nearby sewer lines, which were also damaged, delayed the restoration efforts.

FLOW says its Country Manager, Stephen Price visited the site yesterday and led a technical team that met with representatives of the National Works Agency to discuss the latest infrastructure damage caused by the ongoing roadwork.

The company says its technical team was able to reroute the network cables as a temporary solution to quickly restore services to most of the affected customers.

However, FLOW says it will need to carry out major excavation work over the next 48 hours in order to reconstruct cable ducts and implement the permanent solution.