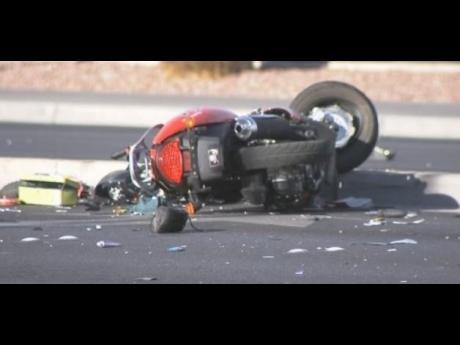 Forty-five motorcyclists have died in motor vehicle crashes so far this year, an increase of 96 per cent over the similar period last year, according to the Road Safety Unit in the Transport Ministry

Forty-one persons were killed in motor vehicle crashes islandwide during the month of April.

This is the highest number of road fatalities for a single month since the start of the year, figures released by the Road Safety Unit in the Ministry of Transport have revealed.

There were 38 road deaths in February, 36 in January and 35 in March, the figures show.

Since the start of the year just over 150 persons have died in motor vehicle crashes, a 34 per cent increase when compared with the corresponding period last year.

According to the Road Safety Unit figures, the increase spans several categories of road users, including children, the elderly, motorcyclists as well as private motor vehicle drivers and passengers.

A breakdown of the figures show that 45 motorcyclists, all males, have died in crashes since January 1, an increase of 96 per cent when compared to the similar period last year.

The figures revealed, too, that eight children have died in motor vehicle crashes so far this year, a 100 per cent increase over the similar period last year.