From nightmares to fulfilled dreams 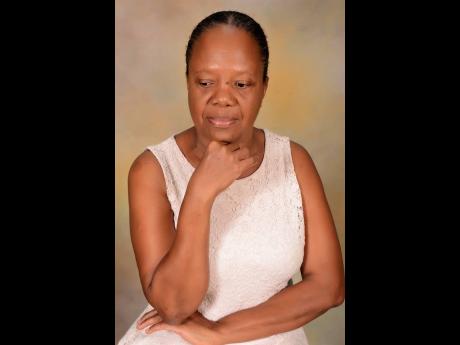 Karen Johnson is today ­thanking God that she is now in a ­comfortable space in her life, ­coming from one of upheaval, hurt, pain and thinking that no one cared about her – not even God.

Looking back, she said her life was a constant struggle beginning when her father left her mother when she was 11 months old. Her mother migrated to the United States when she was only two years old, leaving her in the care of her great-grandmother.

Johnson said her life seemed like a nightmare that had no end, leading to her making a lot of poor choices that left her angry, guilty, and ashamed.

“Those emotions consumed me to the point of me wanting death rather than life,” she told Family and Religion.

Sexually molested between the ages of eight and 10 by three different men from the church she attended, Johnson said she was also called dunce and stupid by her grade-three math teacher. These incidents, she said, set the stage for her mental enslavement and emotional insecurity.

“Later in my life, I became promiscuous, and even then, I was always very angry at the simplest of things that were said or done to me. I was clueless to the fact that this anger went deeper, all the way back to my childhood abuse,” she said.

Johnson said she eventually gave up promiscuity when she thought she had found the love of her life.

But when she got pregnant, her dream man left her to parent their son alone.

Once again, Johnson opened her heart to trust and got involved, thinking it would be different this time. That relationship also crumbled, but she is thankful for her other son, after whose birth she saw Jesus as the constant, the One who really care. That led to her entrusting her life to Him.

In September 1999, Johnson surrendered her life to God, and she has not looked back since.

Over the years, her walk with Christ has seen her recover from what she calls her emotional enslavement to being an ­overcomer in Christ.

“Having now come face to face with Jesus, He began to show me that not only was I loved by Him, but by God the Father, as well. Slowly but surely, I began to embrace this, but the process to true freedom has been painstakingly long,” she said.

Johnson said that throughout her walk, she has had a lot of challenges, but she has also seen the hand of God in her life supplying all her needs.

If there is one lesson Johnson wants to impart from her experience, it is that God is enough.

“As a people, one of the most difficult things for us is to embrace the concept of God-dependency. The world in which we live teaches self-sufficiency, but the Bible teaches God-dependency. We, as Christians, in my opinion, have not embraced this concept, and as a result, we are still walking by sight instead of faith,” she shared.

These days, Johnson is using her new-found freedom to minister to people directly and on social media.