Protecting your children from sexual predators 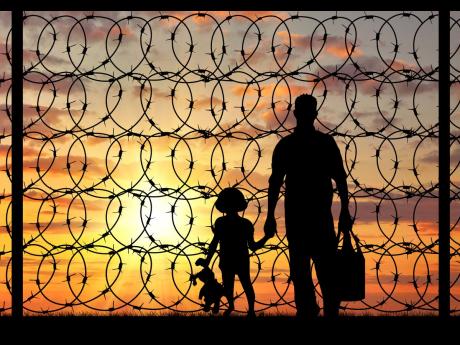 It is precisely our lack of knowledge and understanding that gives predators their edge.

The murder of Shante Skyers has once again brought to the fore how vulnerable some children in our society are. Young Shante left for school in early April and did not make it home. She was allegedly raped and murdered by unknown assailants.

Parents shudder when they think that their own children could have met a similar fate.

In sharing some insight on the matter of child safety, Detective Inspector of Police Pilmar Powell advised parents to be more vigilant regarding the protection of their offspring.

“Predators can be male or female,” she warned. “These persons are your next-door neighbours, the friendly taxi man, that man who stands by the bus shed where your children take the bus, or any person with an evil intent,” Powell said.

She stressed that predators have no special status, age, colour, class or creed and it is for that reason why parents should always talk to their children about their safety.

“Let your children talk about their day, [and] pay attention to the fine details of their conversation – the who, the what, where, when and how. As the adult, you may feel uneasy about something that may pop up or [is] spoken about more than once. Strategise with them,” the ­detective shared.

Parenting is not an easy job, Powell said, and it is even less so when it comes to ensuring their safety.

A common American trend that is now a staple in Jamaica is sleepovers. Powell warned parents to exercise due diligence before allowing their children to engage in this practice.

“Do your homework on the household and its visitors,” the detective warned.

Powell said it will take parents, the community and, indeed, the nation as a whole to keep children safe from sexual predators.

“Sexual predators are in our midst. They are always looking for an opportunity to do harm,” she said.

With knowledge being power, Powell said parents should first understand everything about the subject as this will heighten their awareness and parenting skills. She added that it is also important to note that the acts of sexual predators affect not only victims and their ­families, but also the community and the entire nation.

“In simple terms, a sexual predator is a sexual hunter, and all hunters have a particular species, so with their criminalistic behaviour, they categorise targets based on several components, such as age, size, vulnerability, opportunity, access and contentious issues,” she shared, adding that the time, place and manner of launching the attack are important as most times, sexual predators observe their targets before pouncing at the opportune time.

Regarding the all-important question of who to trust, Powell said although it is a hard one, it can be managed despite the fact that sexual predators do not carry a special mark.

Stressing that protecting children is a full-time job, Powell said that to keep the children safe, it is important to put mechanisms in place, such as family talks, prayers and one-on-one discussions.

“Parents should be knowledgeable about their children and current issues that affect their community, whether local or global. They should know their close associates, know their frequent hangout spots, and be inquisitive about what’s going on in their child’s life, especially those who are technologically savvy,” said Powell, further instructing parents to embrace tough love where necessary.

The detective said it will take the involvement of the community to protect children from predators.

“Community members need to change the practice of turning a blind eye and deaf ears to the cry of hurting children and families despite the fact that sometimes the sexual predators have large family support, which results in fear and hurt,” she said.

Powell suggested some things that the community can do to keep children safe from predators:

- Report any situation that might be out of the norm, no matter how slight (this can even be done anonymously).

- Hold widely publicised meetings with the police and stakeholders.

- Be genuinely supportive to the grieving family.