School network hits back at bullies 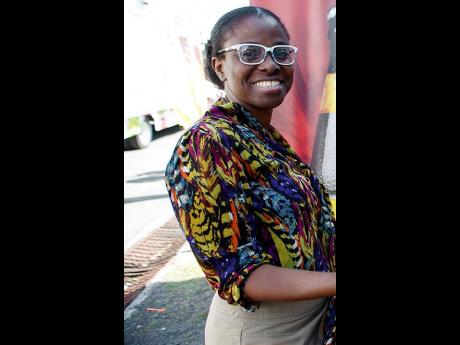 Bullying is one of the most worrying challenges for schools in Jamaica, and more so at institutions that cater to disabled students. However, administrators at the Randolph Lopez School of Hope in Mona, St Andrew, believe they have found a solution to the problem.

In recent months, administrators say the institution, which caters to more than 213 of Jamaica’s most disadvantaged and physically and mentally challenged students, has been forming alliances with individuals in and around the school community, and their efforts have been working to stem bullying.

Incidents, Moore-Gordon said, ranged from general teasing and fighting, to the possession of weapons, and gambling by others in the school. Most of the occurrences, she said, involved students from grades nine onward and took place beyond the school walls, at bus stops, either as the students make their way to or from school.

That is when administrators decided to implement a campus-service initiative, where, since January, they have been forging partnerships with residents as well as workers in the school community.

These include parents, vendors, public transport operators, security guards and even passers-by.

They pay keen attention to students and regularly pass on information to school administrators by means of telephone calls, messages or even video footage.

This has helped to bolster student behaviour, said Moore-Gordon, who noted that unruly students are shocked to learn that teachers know of their behaviour on the road.

“We have really been getting the support from the community, and more and more people from the school community have come on board to help us. It has really been working,” the principal told The Sunday Gleaner.

“We also have this programme called the behaviour pull-out programme, where we identify the offenders, and on a Monday between 9:30 and 10:15, we have persons from outside come in to talk to them about issues such as bullying, about how to build their self-esteem and confidence,” said the principal.

“Their disabilities compound the issue; they have to struggle to stay alive in a community where all their friends are normal, all their friends are going to a regular school; and while struggling with that, there are the other issues in the home,” said the principal, thanking persons from corporate Jamaica and within the surrounding community who have been helping to bolster student morale.

Friday was recognised as Anti-Bully Day and the Randolph Lopez School of Hope, which has four other satellite schools in St Catherine, Mandeville, Westmoreland and St Ann, was chosen as the first of a ‘BanTheBullying School Tour’ being staged by the Child Protection and Family Services Agency (CPFSA).

70% of bullying happens in schools

Rochelle Dixon, public relations and communication manager at the CPFSA, said the tour stemmed from a study in 2015, which revealed that 70 per cent of bullying of Jamaican students occurs in schools.

“I think the severity of bullying came to us when we got a call from one parent saying that his daughter swallowed more than 50 pills and her system had to be flushed at one of the hospitals, and so from that we realised that we really have to do something where bullying is concerned,” said Dixon.

“Because of the theme of Child Month this year, which is ‘Encourage, Enable, Include Me’, which has a focus on children with special needs, we decided that we have to reach out to a school with special needs. A lot of time we don’t consider schools with special needs but bullying is pervasive,” she said, encouraging more parents to work with school officials to stem bullying.

She said that Merl Grove High, one of Jamaica’s traditional schools, will be the next stop on the school tour in coming weeks.