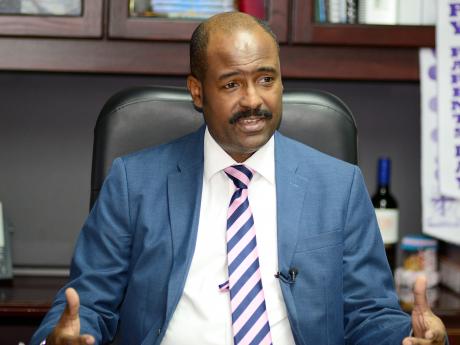 Jeanette Calder, executive director of the Jamaica Accountability Meter Portal, and former Justice Minister Mark Golding are calling for the Government to move to immediately appoint Dirk Harrison to the post of director of corruption in the  Prosecution Division at the Integrity Commission.

Harrison, who was the contractor general, has been acting in the post for almost a year.

The new commission, which replaced the Commission for the Prevention of Corruption, Parliament's Integrity Commission, and the Office of the Contractor General, came into being last year February.

Speaking in an interview on the talk show 'Morning Agenda' on Power 106 FM this morning, the Opposition member of parliament for St Andrew South and Calder described the delay in Harrison's appointment as unfortunate.

They argued that the former senior prosecutor has a track record of fearlessly fighting corruption and that immediate steps should be taken to appoint him.

"I don't see why there is this delay in appointing him to this very important position. I think that should be done immediately so that he can fill that gap and be properly empowered to do what he is supposed to do under the statute," Golding said.

The agency head said that in the meantime, Prime Minister Andrew Holness must break his silence on concerns raised by the Integrity Commission about his statutory declarations.

Holness is among a number of parliamentarians whose declarations were examined but not cleared by the commission.

This was revealed in the commission's 2017 annual report, which was tabled in Parliament last week Tuesday.

Calder said Holness must publicly address the matter in the interest of openness.