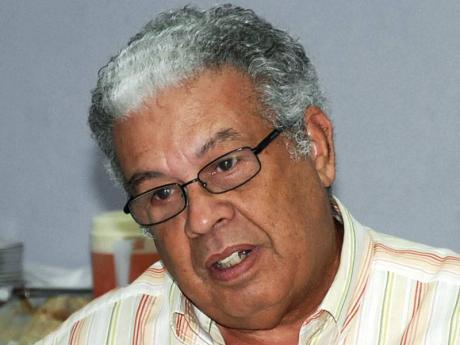 Dear ... says he was disturbed by the report.

Winston Dear, a director of the Urban Development Corporation (UDC) has slammed former contractor general Dirk Harrison over the controversial 'Rooms Report' on the sale of Government assets in Ocho Rios, St Ann.

In a letter to the editor published in today's Gleaner, Dear said he was disturbed by the report.

In the report, tabled in Parliament last week, former Contractor General Dirk Harrison revealed that the divestment of the Rooms on the Beach Hotel and beach lands in St Ann was below market price resulting in the loss of $1 billion in potential revenues. He also said Minister without Portfolio in the Ministry of Economic Growth and Job Creation Daryl Vaz influenced the sale of the property.

But Dear has rejected that assertion.

"Let me clearly state that the chairman and board of the UDC is an independent group of people of the highest integrity who would not be taking instructions from anybody," Dear wrote.

According to him, the OCG has not taken into account that the hotel on the property will be demolished and therefore, will be of no value to the development or did it take into account the condition of the beach.

The UDC approved the sale of the beach property for US$7.2 million to Puerto Caribe Properties Limited, operators of Moon Palace Jamaica Grande Hotel.

The findings by the OCG that were tabled in the House of Representatives last week showed that the property was valued at US$11.8 million at the lowest and US$13.5 million at its highest.

But according to Dear, the difference between sale price and the market value is considered as seed money which the Government will recover within the first year of operation.

"The major component of the valuation of the land is based on the market price of similar properties that have been sold recently. We made a business decision based on a massive development plan that would be a game changer for the tourism industry and the town of Ocho Rios," Dear said.

What the former OCG said:

1. The UDC was unable to negotiate freely and Vaz had sway over the divestment of the property based on comments referenced in the minutes of the 486th meeting of the UDC board

2. Vaz advised the meeting that should there be any matter needed to be dealt with urgently, it should be brought to his attention and he would have it dealt with, "which points to how pivotal the minister’s role was to the divestment process”.

How the Prime Minister reacted:

Meetings at the ministerial level could not be accurately described as negotiations as the purchasers were advised according to the GOJ divestment policy to apply and negotiate directly with the UDC regarding their interest in acquiring government lands.

Facts and figures - Rooms on the Beach Hotel:

Final sale price:  US$7.2 million
(The deal included the beach lands at no additional cost.)