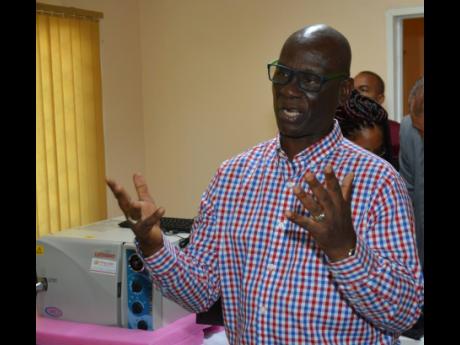 He said that each facility will provide up to 20,000 gallons of potable water on a daily basis.

“We have under construction now, three water shops, and I understand that the documentation for the fourth is ready. So we have been spending some money on water in St Elizabeth,” McKenzie said.

St Elizabeth will be the latest parish to benefit under the Government’s initiative to construct water shops as a way of addressing water shortage in parishes that traditionally suffer severe drought.

On April 25, McKenzie officially opened a similar facility in central Manchester, which was built at a cost of $9.5 million.

A similar facility was opened in Marlie Hill, Manchester, in May 2018, while more than 2,000 residents of Pennants and surrounding communities in Clarendon are benefiting from the first water shop, which opened in November 2017.