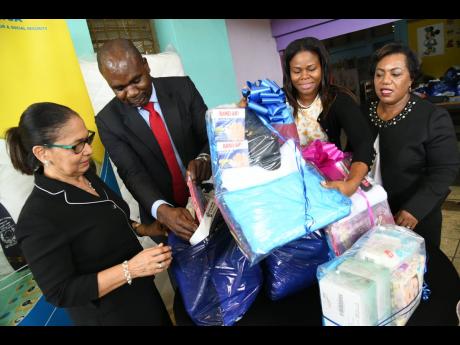 As the nation pauses today to recognise the role of educators in shaping society, Jamaica Teachers' Association (JTA) President Dr Garth Anderson is saluting his colleagues.

Calling the day "a significant moment in Education Week", Anderson said, "It represents a time for parents, students and indeed the nation to pause and salute the hard work and dedication of Jamaica’s most resilient nation builders – our teachers. Our work and worth cannot be overemphasised, thus we deserve all the accolades and recognition possible."

The JTA president added: "It is our task to shape minds, inspire hope, transform communities and create productive citizens, who are equipped with the knowledge, skills and attitude to contribute to the local and globalised community in which we live. These are tasks we have been committed to as we live a life of service to others."

He urged his colleagues to recommit to continue being a beacon of hope and inspiration for Jamaica.

The Centre for the Investigation of Sexual Offences and Child Abuse (CISOCA) has issued an alert to persons taking public transportation, particularly females.

The alert comes as detectives have received a number of recent reports of females being sexually assaulted by men posing as drivers or passengers of unregistered taxis. The incidents reported so far have occurred in the Corporate Area.

Additionally, passengers are being encouraged to take note of the licence plate number of vehicles and share this information, along with a description of the vehicle and driver, with a family member or trusted friend.

The American Airlines Boeing 737, identified as Flight 2370, was met by emergency teams as it touched down about 11:30 a.m. yesterday.

One of the plane’s left side tyres blew out after it landed on the runway.

Passengers inside the jet could be heard on cellphone video clapping as the plane touched down at MIA.

“I was praying to God,” a passenger said.

Another passenger, Tamar McLaren, said the pilot got on the intercom and let everyone know what was going on.

"[He said that] we left some debris on the runway [in Kingston] and that we might have to do an emergency landing and that the fire trucks and everything would be there," McLaren said.

After the pilots performed a flyover at MIA to have ground crews look at the tyre, the plane circled back and landed without issue.

There were 172 passengers and six crew members on the plane. No one was injured.

The Minister of Culture, Gender, Entertainment and Sport Olivia Grange has announced four national projects for Labour Day on May 23.

Speaking at the launch of Workers’ Week and Labour Day yesterday, Grange said the projects were proposed by the broad-based National Labour Day Committee in keeping with the theme for Labour Day 2019 'Child Safety … It’s You, It’s Me, It’s All Ah We'.

“Translated, this means that all of us must come together and ensure that our children are safe and secure. This is a responsibility that we must take very seriously. Collectively we must assure them safe passage as they journey to adulthood and national productivity,” said Grange.

The works will be carried out with the support of UNICEF, the JN Foundation, and the Jamaica Social Investment Fund, which are working closely with the National Labour Day Committee this year.

Additionally there will be parish projects, organised and led by mayors and councillors across the island.