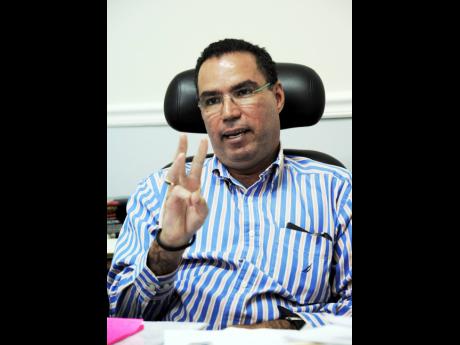 Minister of Industry, Commerce, Agriculture and Fisheries Audley Shaw has weighed in on the controversial Rooms on the Beach sale by the Urban Development Corporation, which was criticised by former Contractor General Dirk Harrison as an insulting giveaway, who argued that the country did not receive value for the money spent.

The Office of the Contractor General, which investigated the sale of the state-owned Montego Beach (1975) Limited to Puerto Caribe Properties Limited for US$7.2 million, said the amount was US$4.6 million below the lowest of three independent valuations and US$6.3 million below the highest. The three valuators had put the market value at between US$11.8 million and US$13.5 million.

The release of the former contractor general’s report had suggested that Daryl Vaz, minister without portfolio in the Office of the Prime Minister, exercised undue influence over the sale price.

Yesterday, Shaw, who delivered the keynote address at the opening ceremony of the two-day Middle Managers’ Conference at The Jamaica Pegasus hotel in New Kingston, chastised the Opposition People’s National Party (PNP), which has called for a review of the sale.

“Can you imagine the stimulation of the economy in Ocho Rios, and we have people, including the leader of the Opposition, calling a press conference yesterday to talk about US$2 million between what is supposed to be the selling price and what it was sold for? Know what some countries would do? Give them the land and say, ‘Develop it’,” Shaw said.

The industry minister added: “We’ve got to stop this hypocrisy and fooling around with the future of our country because what that is about is courting poverty, and we cannot move from poverty to prosperity with that kind of ­mentality. It is a thing of the past, and it must go,” he declared.

The former finance minister put into context the significant projected return on investment for the developers, as well as the country, suggesting that thousands of jobs and hotel bookings far outweighed the differential between the sale price and valuation cost.