EU budgetary support a signal of confidence in Jamaica - Wasilewska 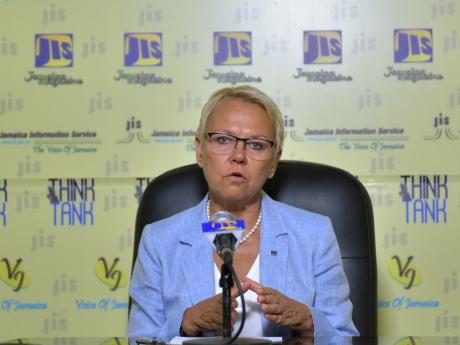 Head of the European Union (EU) Delegation to Jamaica, Ambassador Malgorzata Wasilewska, says the continued budgetary support provided to Jamaica is a signal of trust in the country’s economic progress.

“Budget support is a particular modality that a country has to qualify for, and it is not granted to everybody because it has to be based on sound financial management, transparency, accountability reporting and so on,” she noted.

“So first of all, that is a sign of trust and progress that Jamaica has made over the years. With the success of the International Monetary Fund  programme, I would like to take the opportunity to congratulate the Administration and the people of Jamaica for the progress it has made in that area,” Ambassador Wasilewska added.

She was speaking on the Jamaica Information Service (JIS) Television programme, Get the Facts, recently.

Over the years, Jamaica has been the beneficiary of over €250 million in budgetary support from the EU to undertake policy reforms in the macroeconomy as well as the justice and security sectors.

Ambassador Wasilewska told JIS News that “there has to be sound sectoral policy with clear objectives and deliverables for us to put money in that sector in different tranches over a period of time.”

She noted, however, that ownership and leadership remains with the Government.