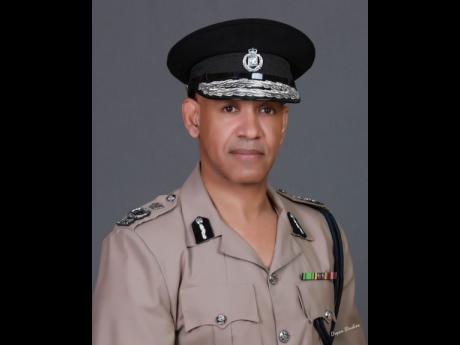 Commissioner of Police Major General Antony Anderson has ordered an immediate investigation into claims that police personnel forcibly removed two Rastafarian children from their home, trimmed their locks and fed them meat.

Already, Garrick says, a team of investigators the IOC is out in the field collecting statements.

Reggae artiste JaDore, whose real name is Sean McDonald, told The Gleaner that the incident happened on April 30 when police personnel showed up at his home in Irish Town, St Andrew.

McDonald, a Rastafarian, said he sustained injuries to his left eye and right jaw after he rebuked the police for the mistreatment of his wife when they went to the police station, where their children – aged four and eight years – were taken.

The artiste told The Gleaner that on the day of the incident, he received a call from his wife that police were at their home.

On his arrival, he encountered a district constable.

“Him say him come because him want find out why me have some kids here not going to school. So I said to him, ‘If you come to find out something, this is the way you approach it? Why you in the yard? Why you don’t do it on a more professional basis?’ By the time mi fi say that and go into the yard now, the other police in deh shout out, ‘Stop you noise and come for the pickney dem’,” McDonald said in an interview with The Gleaner.

McDonald said his children are homeschooled.

There is currently no law on the books prohibiting the practise.

He said the police then took his children, placed them inside a police service vehicle and drove off.

In an attempt to retrieve his children, McDonald said he, his wife and their seven-month-old child got into their vehicle and went in pursuit, eventually stopping at the Gordon Town Police Station in St Andrew.

The artiste said he and his wife with baby in hand proceeded to the guardroom at the police station, where they were greeted with hostility.

“Him say to mi spouse say, ‘How you have di pickney dem a yuh yard and nah send dem go a school? Come ‘round yah so’. So me look pon him and say, ‘No. You can’t talk to har like that. You not even introduce yourself and say who you be, you come a talk ’bout come ‘round yah so’.

According to McDonald, a tug of war ensued with him, the policeman and his spouse.

McDonald, who was at this point holding the infant, said the cop hit him in the face before brandishing his firearm and pointing it at him.

When the altercation ended, McDonald said he and his spouse were placed in separate rooms, after which he was charged with assaulting a police officer.

McDonald said matters got worse when he made enquiries about his children and found out that the police had brought them to get haircuts.

McDonald has since then filed a report with the Independent Commission of Investigations.

His attorney, Shantez Stewart, said, “The abhorrence displayed by the officers is an affront to justice. Human rights are not a privilege conferred by the Government. They are every human being’s entitlement by virtue of his humanity.”