Kyesha Randall honours the leading women in her life 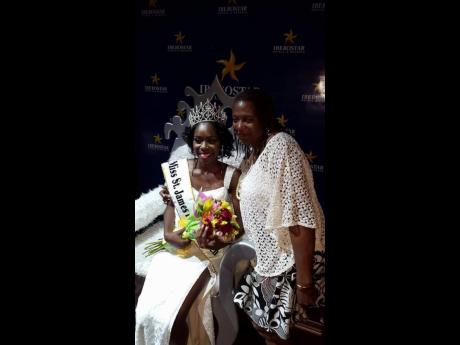 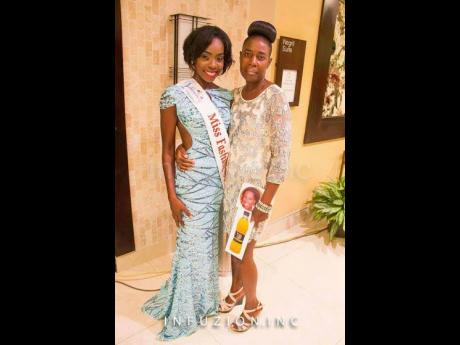 They say life doesn’t come with a manual, it comes with a mother, so imagine the privilege of having two. Such is the case of Kyesha Randall, who reigned as Miss Jamaica Festival Queen in 2016.

“When I share my story with the persons I meet, there’s no telling it without the mention of my mothers. Sometimes I can barely get through the rest of my story because of the following questions I always get asked: ‘You’re adopted?’ ‘Do you have a relationship with your birth mother?’ ‘Who do you love more?’

“The truth is, I am blessed and beyond lucky to have two of God’s best as the leading women in my life. So I usually respond to the first question with yes and both of them are in my life – my birth mother was never removed from my life.

“Growing up, I used to think that both of them were nothing alike: they were eons apart socially and financially, but as I grew older I realised they were one and the same when it came to my well-being and wanting what was best for me,” Randall explained.

The graceful, eloquent and accomplished young woman admitted that though as a child her love would have, at some point, tipped in favour of one over the other based on who told her ‘No’, disciplined her or gave her what she wanted at the time, she cannot recall any of her mothers, Donna Solomon and Joan Morgan, birth and adoptive, respectively, ever holding a grudge over the other. Instead, she took pride in the respect each had for the other and the roles they had to play in her life.

According to her, “First of all, Joan is the disciplinarian in every scenario, but we have had an open and honest relationship since I was nine years old, and even when I know she will be mad at me for doing something, I can never lie to her. Joan is my moral compass, my shoulder to cry on, my financial adviser, my conscience, my disciplinarian, my confidante, my friend.

“Donna is my emotional support, my sister, my friend, my voice of reason, my calmer, my prayer warrior. Wherever both women could not be present, the other filled in and stood in the gap for me. What I respected most of all is that both my mothers respect each other and their decisions about my upbringing.”

Randall spoke of how her birth mother, who was unable to provide for her financially, made sure she was present at every PTA meeting, doctor’s visit, and that all major life decisions included her.

“Having a mother’s love is like having an army to help you through life. Having two? Well, I see that as God saying He has put a destiny in me that I need more moms than the average person to help me fight and win the battles that will come. They have helped me to fight so many already.

“They allowed me to grow, and now when the question is asked: ‘Who do you love more?’ I say, ‘I love them both equally with the same amount of respect, because one gave me life and the other gave me a chance at it’.

“My birth mother made a tough decision that no mother should ever have to make, and that was not giving me up, no. The tough decision was doing away with her pride and ego and facing her reality that my future and my care would’ve been much better than what she could provide. I am not a mother, but I imagine that reality and that decision is a hard one to make, and maybe an even harder one to live with.”

Randall continued, “ So, I had a responsibility to them both. To my birth mom, I had to make her nothing but proud; I had to take advantage of my chance and new opportunities in order to help her realise that she made the right choice for me.

“And, for my adoptive mom, I had to also make her proud – she was taking in a complete stranger’s child, vowing to love me like I was formed in her own womb. Not many persons can do that. For her, I had to show her that she did a good thing and my gratitude was working hard and becoming everything she knew I could be, before I even knew it. For them, I aim to be the daughter of whom they are proud. For me, I hope to inherit half of their strength!” she said.