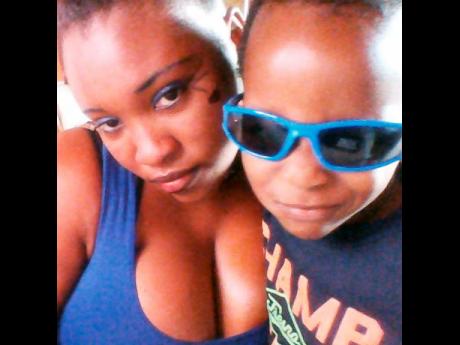 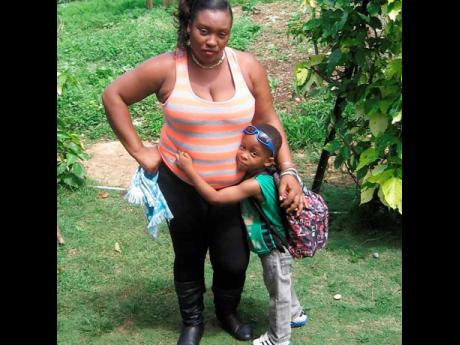 She describes herself as a “supermom”. And listening to Kaydene Francis narrating her journey, yet unfinished, from state care facilities to chef, makes you believe that she actually is indeed otherworldly.

Growing up was tough for Francis, as she told The Sunday Gleaner that she was forced to spend some of her teenage years in state care, from SOS and Glenhope Place of Safety in St Andrew, to Windsor Girls Home in St Ann.

Today, as Francis takes aim to become, in her words, the next great pastry chef, her speech betrays the passion she has for her eight-year-old son, Antoine, and the fact that he is the centre of her universe.

“Oh, my gosh!” she exclaimed when asked about Antoine. “My Prince Charming! ... I just pray to God that He would open my future for me so I can make my son’s future a better one than mine and that he will not suffer the way I suffered. This is just the dream that I wish for my son.”

At 30 years old, Francis admits that her son gives her the drive to aim higher and work harder.

“Look here, to be honest with you, if I never had my son, maybe I would be in my grave now, maybe inna some bad company doing something, maybe sniff coke or on the road selling God knows what. He motivates me the most to hold on and to push on.”

She added: “There is something out there for me. I have a purpose in life for him and to do better for him. If I didn’t have him I think my life would be a whole lot different right now.”

That’s half her story. It began around 2000 when her mother left for the United Kingdom and she was left in the care of her grandmother and aunt.

Bereft of proper guidance and exposed to the volatility of the Gregory Park community in St Catherine, she was taken by a friend of her mother’s to SOS Children’s Village, with the hope that it would be a safe haven for the then 14-year-old girl. She was, in turn, referred to Glenhope Place of Safety for what should have been a one-week stay before efforts were made to find a more appropriate location. But the one-week stay turned into months.

In 2003, while she was still there, a hurricane damaged the facility and she was then transferred to Windsor Girls Home.

She apparently holds no grudge, but lamented that during her stay at the facilities, her father never once visited her or her younger sister, even though he knew they were there.

Life in state care was tough, Francis recalls, charging that she was mistreated by workers there and some of the more aggressive girls.

ROAD TO BECOMING A CHEF

After leaving Windsor, Francis went to stay with a relative in Westmoreland. There, she took the opportunity to begin pursuing her dream of being a chef, like her mother, by attending the HEART-certified Petersfield Training Centre.

She would later return to St Ann’s Bay to take up an offer of accommodation she had received from a woman while she was at Windsor.

But it wasn’t smooth sailing. One of the woman’s daughters, however, made her life miserable, Francis said. The situation deteriorated when the host died.

She got into a relationship with the lady’s youngest son – the brother of her nemesis – and became pregnant with Antoine. Things reached boiling point the day after she arrived from hospital after giving birth. Even while in bandages because of the Caesarean section, Francis said that she was attacked by the young woman and stabbed several times, including on her hand and her left breast.

“The girl attacked me because she wanted to prove a point because I was saying to her, she can’t talk to my babyfather any and any way, she should thrash it out with him, but do not mention the baby. She threatened him that if him gwaan wid certain things she a go kill the child, so I said ‘no, you can’t do that’.”

Francis and her son’s father later moved out of the house.

“Now I’m here. Still have to be fighting, but now I get this job (at a restaurant) and I’m going back to school (at Steer Town Academy evening classes) to try and better myself.

And how does she see herself?

“I think I’m like a supermom, someone who protects people, someone who would listen and motivate people. I may not be perfect, but at least I know what is right and what is wrong and I know the decisions I should make as a mother,” she said.