Imani Duncan-Price | Hypno what for mothers? 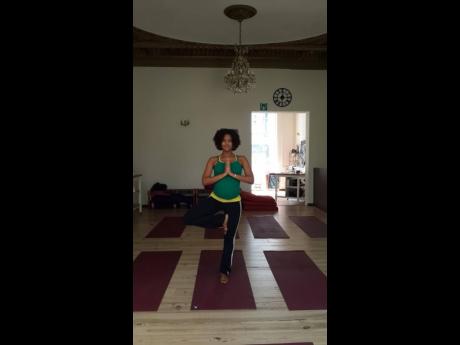 Contributed
Imani Duncan-Price in a meditative pose in the lead-up to childbirth. 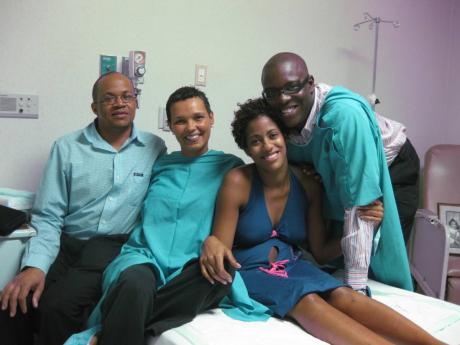 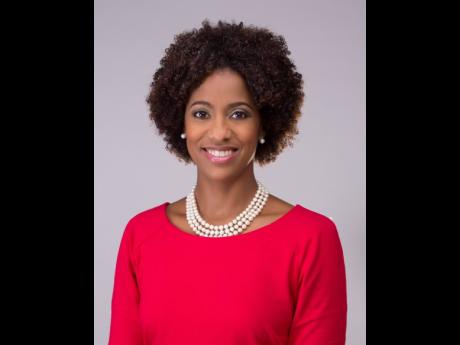 Yes, hypnobirthing. I had the honour and privilege to bring three beautiful children into this world using the incredibly effective techniques of hypnobirthing. On this Mother’s Day, I want to share elements of the experience in the hope that funds can be mobilised to enable women in the Caribbean to have this opportunity and even influence health policy.

One of my dreams is that this becomes part of how the health system supports women in becoming mothers – enabling a relaxing and delicious birthing experience, a gentle entry for children into the world. Making the first 1,000 days of life loving and nurturing for our children is also important, but that’s for another article.

Women and men are told that childbirth is hard and there’s no real way for women to get around the pain, except with expensive drugs in an epidural. It’s not true. There are options.

My husband, Stephen, and I were committed to doing a natural birth, especially after our obstetrician, Dr Michael Abrahams, warned about the possible impact of drugs. Being a yoga practitioner for years, I was already predisposed to the natural, and certainly did not want to numb any part of my body during this miraculous process. But I was also clear that I did not want any pain.

God always works in mysterious ways and answers our call. In a business meeting, as an excited first-time father-to-be, Stephen was sharing about our pregnancy (yes, our) and how we were looking for options to support natural child birth. Amazingly, the business counterpart in the meeting said his wife was a doula and specialised in hypnobirthing.

We had no idea what that was, but we were open, though, to be honest, with a healthy dose of scepticism. The coaching with Susie Campbell-Isaacs was perfect, as hypnobirthing blended the scientific with the natural. It leveraged what the world had come to understand about hormones and the science of our bodies and also honoured what women did for centuries in having children (not in a hospital).

Imagine the joy when I heard that the key to an easy childbirth was to access ‘God’s epidural’, oxytocin, and that it was the same hormone that likely brought about our baby, as it’s what flows when you’re having an orgasm. Bliss!

Adrenaline and cortisol usually block oxytocin during childbirth, as they usually kick in when we’re stressed or fearful. These hormones raise your heart rate, which is good when you’re in danger, as it activates your ‘fight or flight’ response. However, it also leads to tightening of the muscles in your body, which causes more severe contractions of the womb during birth.

Hypnobirthing enabled me to stay centred throughout my births using breathing techniques, meditation and visualisation to help with stress management. This enabled three amazing births, each one having its own natural magic.

With my son, Aidan, for some reason, his heart rate began to fall while I lay on the bed waiting for the time to deliver. Nervousness and fear began to overwhelm as I was about to become a mother for the first time and I was missing my own mother who had passed away six months before.

I’ll never forget Susie’s words to me at the time as the machines beeped rapidly, sending me into panic: “Just breathe deep for him; you’ve been doing it for nine months and you can do it now.” It worked. Aidan’s heart rate came back up and he was born less than an hour later.

With Marley, I slept through most of the labour, waking up a few times to breathe deeply, meditate and recentre. With Selah, I breathed her down and delivered her standing up. I remember calling out to Dr Abrahams, saying, “She’s here!” while holding her head to keep her in.

In hypnobirthing, words like ‘labour’ and ‘contractions’ are not used, as they connote toiling, difficulty and stress. Instead, it is called the ‘birthing process’, and you are taught how to ride the waves (contractions), which are called ‘surges’. As you ride the ‘waves’, you breathe your baby down the birth canal. During the process, a coach (partner, friend, mother) supports through the process with affirmations and recentring the mother-to-be with key trigger words when stress enters.

I remember with gratitude the playlist that Stephen created for me with relaxing music interspersed with affirmations recorded by close friends and family. The affirmations reminded me that I was strong and capable and that all things were possible through God.

Now that was a journey to motherhood – a journey I wish for every mother-to-be.