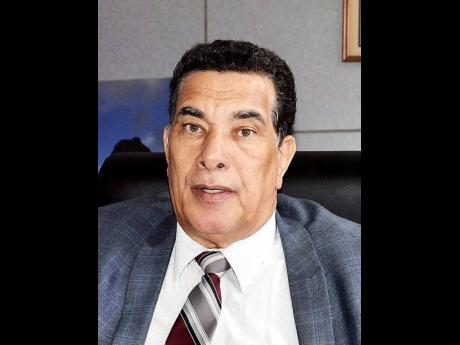 The St James Municipal Corporation is being warned to fully explore the health and environmental consequences of bulldozing an old cholera cemetery on Jimmy Cliff Boulevard in Montego Bay that is earmarked to be converted into a parking lot. Preservationists are also enraged that the cemetery’s century-old history will be undone.

Shalman Scott, a historian and mayor when the St James capital got city status in 1980, says that he understands the mandate to prepare Montego Bay for expansion, but warned that there should not be development at all costs.

“The digging up of that (cholera) cemetery and what the implication from a medical, bacteriological perspective is likely to be, the matter should receive stringent and strict attention,” Scott told The Sunday Gleaner.

“I am not sure whether any disturbance of it could lead to any unpleasant or negative repercussion for the city and for Jamaica in general,” added Scott.

According to Scott, the cholera cemetery was one of two burial spaces established in Montego Bay to bury cholera victims.

“There are actually two major cholera cemeteries in Montego Bay, one was down in the Montego Bay Freeport area, which was the largest of the cholera cemeteries, where hundreds of cholera victims were buried in a mass grave,” said Scott. “This fact is not generally known, and the research is showing that white lime was used to speed up the [deterioration] of the bodies there.”

In a Sunday Gleaner story last week, Montego Bay’s current mayor, Councillor Homer Davis, said that the municipal authority had the legal authority to change the use of the land once no burials have taken place there in more than 20 years. The municipal corporation owns the cholera cemetery.

“Nobody has been buried here for nearly 100 years, and possibly more. It is a process, and the reason why the advertisement is there [in the newspaper] is for persons to make objections if there are any,” said Davis. “After we get possession, then we will have to apply to NEPA (National Environment and Planning Agency) and then wait until their ruling.”

However, Claudia Campbell, who lives in England and operates a voluntary support group called Our Roots, which assists people in accessing records and tracing their genealogy through DNA, is incensed at the looming works to overhaul the cemetery, arguing that history should not be erased on the grounds of expedience.

“The reason why we are upset about it is because of its history; it’s over 100 years old, plus sometimes when we are doing research, we have to go into a cemetery to find people,” said Campbell, who, along with colleagues, operates similar organisations in Canada and the United States.

“The authorities are saying nobody has been buried in there for over 20 years, but it will take more than 12 weeks to locate those relatives, to let them know that they are going to remove the cemetery, or they are thinking of concreting it over,” said Campbell.

Campbell said cemeteries in Jamaica are crucial to record-keeping and implored the Government to preserve them.

“The way Jamaican record-keeping is, it’s quite convoluted, it’s very difficult to navigate,” said the genealogist. “I know because I have been doing my family tree for 30 years and I’m still missing bits.

“I think it should be preserved as a part of national history because of the age of the cemetery. You really need it for a car park? A car park? I think we need to preserve our heritage, not destroy it,” said Campbell.

Lloyd Curtis, who is a member of a group called Jamaican Roots DNA, agrees that cemeteries are treasure troves of historical value and key markers like headstones are sometimes the only clues that a person existed.

“It’s a historical library of people who are buried there, the lives they lived, the story that each gravestone has the dates, family names, and that can give people closure who are seeking relatives and who are trying to find out where their ancestors are buried. Over the years, a lot of the historical records have been lost or misplaced. The cemetery can assist in filling in those blanks,” said Curtis.