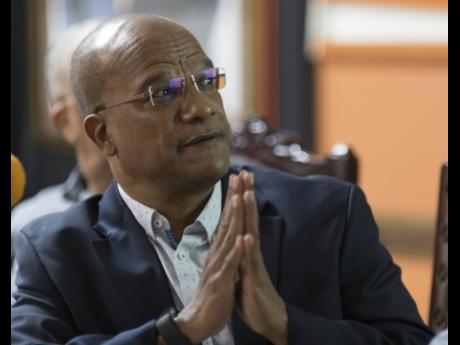 Central Manchester Member of Parliament Peter Bunting has made a rallying cry to People’s National Party (PNP) supporters, warning them that this year was the last opportunity the party has to get its political machinery in order with a general election due in 2021.

This as he urged that the PNP look to target the youth vote in the upcoming general election.

The PNP has been rear-ended by the Jamaica Labour Party (JLP) since the February 2016 general election, with the ruling party reversing the PNP’s absolute control in a municipal vote later that year and wresting two constituencies, South East St Mary and East Portland, from the orange column.

But as the party continues to reel from the April 4 defeat of the PNP’s Damion Crawford to the JLP’s Ann-Marie Vaz, Bunting, who was in the Bellefield division of his constituency recently, suggested that the PNP had lost touch with young people.

He pointed out that the Comrades’ major hurdle “is to connect, to engage, and to earn the support of the young voters in this country”.

“The young people today don’t have much interest in us telling them what Norman Manley did, and what Michael did, and what P.J. did, and what Portia did,” said Bunting, in reference to former PNP leaders. “They are not focused on the history and the past; they are focused on the present and the future, and we have to learn to engage them in the ways they want to be engaged,” he argued.

The Central Manchester MP admitted to the Comrades that it was the JLP and Andrew Holness that “ruled” social media, where young voters were active.

To beat the JLP at their game, Bunting said, the PNP must have credible messengers with a word to inspire voluntarism in the party.

“It’s not just the message, but it’s also about the medium that we carry the message on. And we must make sure that we have messengers who are credible.

“A volunteer army will always be a mercenary army, because that is what the JLP has – an army of mercenaries,” Bunting stated.

He pleaded for the party embrace technology, suggesting it could be used to woo voters.

“We have to start bringing in technology into the centre of our organisation’s efforts. The days of sending out people with long sheet of paper to do canvass with pencil and paper, those days are done.

“Smartphone and tablet we haffi use from now, and that is where the young people can come in, because they are what we call digital natives,” Bunting reasoned.

Bunting, who is also opposition spokesman on industry, commerce and competitiveness, said that general elections were almost always called in the last year of the five-year cycle, indicating that he believed the Holness administration would go to the polls in 2020.