Give us back our fire trucks and ambulances – Sav’s mayor 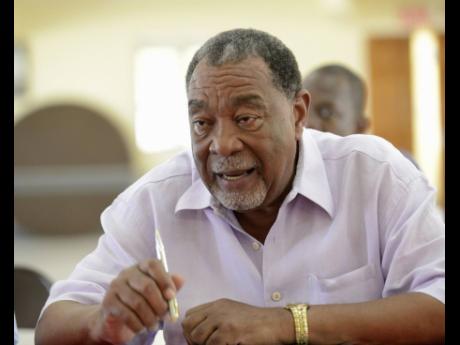 Mayor of Savanna-la-Mar Bertel Moore is unhappy with the Jamaica Fire Brigade and the Ministry of Local Government because of their decision to reassign two of four fire trucks and two of three ambulances outside the parish, which has left them exposed to possible peril.

According to Moore, who was speaking at last week’s monthly meeting of the Westmoreland Municipal Corporation in Savanna-la-Mar, two of the parish’s fire trucks and ambulances were taken to St James and St Ann, respectively.

“It is total disrespect. I am going to write to the Japanese Embassy and inform them of the situation,” said Moore, who revealed that the fire trucks and ambulances were gifts for the people of Westmoreland from the government of Japan. “They didn’t come here to be all over Jamaica, they came here for the parish of Westmoreland,” he said.

Moore was responding to a report that came up at the meeting that another fire truck from the Westmoreland Fire Department was now on loan to their St James counterpart.

“So they took the first one to St Ann and now they have taken another one to St James. Well, I am calling upon the commissioner of the Fire Brigade to send back the fire trucks to the parish of Westmoreland,” said a fuming Moore.

“They don’t have the decency to write to the corporation and say they want to borrow the fire truck for two weeks, they just came and took them, as if they were the ones who negotiated with Japan for these trucks and ambulances. We want our trucks back in the parish of Westmoreland!” demanded Moore.

Like Moore, Cebert McFarlane, the councillor for the Leamington division, also expressed his disgust, arguing that it was somewhat irresponsible for the Jamaica Fire Brigade, based on their awareness of the situation, to take vehicles from Westmoreland, which already does not have enough.

“I am very concerned about the continuous borrowing of fire units from Westmoreland ,because Westmoreland is one of the parishes that is severely under-mobilised in terms of vehicle,” said McFarlane.

“One of the concerns that I have is that every day we hear about the number of fire units being procured and yet, with Westmoreland just having one or two fire units, they are still borrowing from us. We have the most board structures, so we are susistable to fires at all times,” said McFarlane.

While efforts to get a comment from the Ministry of Local Government was unsuccessful, a source at the St James Fire Brigade said because there is a shortage of fire trucks and ambulances, they have no choice but to share available resources. He said some 100 new trucks are to come into the system shortly so, hopefully, that should help to fix the situation and allow them to return whatever vehicles are on loan to the brigade.