Human trafficking a major concern for all countries 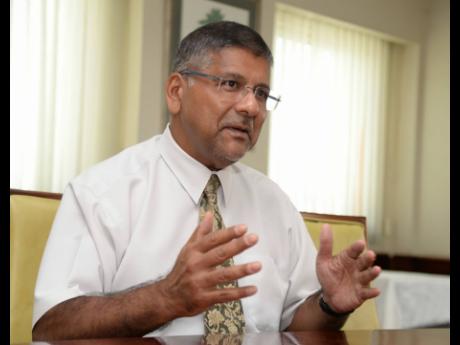 Globally, it is estimated that there are 20.9 million human trafficking victims. Of those, 68 per cent are in forced labour, 55 per cent are female, and 26 per cent are children. In Jamaica last year, authorities identified 13 trafficking victims, and although the number accounts for only a small percentage of the global figure, it is a practice that individual countries continue to pay special attention with the hope of eradicating this scourge.

Recently, British High Commissioner Asif Ahmad hosted a panel discussion at his residence to share insights on the issue, where he reasoned that tackling human trafficking remains a key priority for the United Kingdom’s mission in Jamaica.

In his introductory remarks, Ahmad pointed out that the issue of human trafficking was not one of class or race, nor is it confined to the national level, but is a matter that requires the attention of all people.

“It is a terrible indictment of a human condition that has inflicted the world. It is not just about raising awareness in Jamaica, it’s to understand the key issues, understand what’s driving this, what impact it is having in Jamaica and, importantly, what can we do as international partners. How much of this is organised, and how much of it is people in desperation falling into this industry as victims,” Ahmad said.

A recent assessment by the Office of the Children’s Registry shows that the typical human trafficking victims in Jamaica are girls, ages 13 to 17. In 2017, there were 4,460 cases of human trafficking in the United States and its territories.

Jamaica is a source and destination country for adults and children subjected to sex trafficking and forced labour, according to information from the Ministry of National Security.

Sex trafficking of Jamaican women and children, including boys, reportedly occurs on streets and in nightclubs, bars, massage parlours, hotels, and private homes, including in resort towns.

Traffickers increasingly use social media platforms to recruit victims. Jamaican citizens have been subjected to sex trafficking and forced labour abroad, including in other Caribbean countries, Canada, the United States, and the United Kingdom.

Talks were held with a special focus on the key issues facing Jamaica and how international partners could assist in tackling the organised element behind the trade.

The discourse was led by Diahann Gordon-Harrison, national rapporteur of trafficking in persons.

She noted that her office has implemented measures to tackle some of the underlying issues by creating the Trafficking Survivors’ Handbook, a guide to rights and support services in Jamaica.

- To get the understanding of the profile of a victim and trafficker to the right people. Public awareness campaigns on human trafficking are not getting to the trafficking hotspots and the potential victims of trafficking.

- A more targeted approach on raising the awareness of the forms of exploitation.

- For greater inter-agency and cross-country information sharing and collaboration.

- For a national referral mechanism.

- For more support and reintegration services for victims.

- For a regional national rapporteur.