Wolmer’s celebrates 290 years: A tradition of excellence since 1729 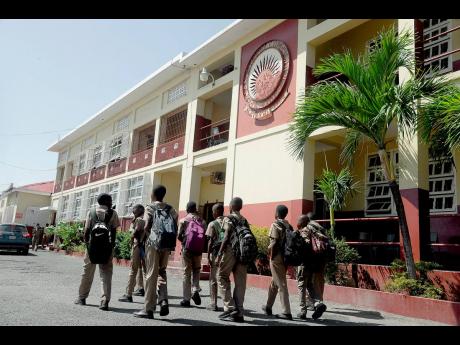 The Wolmer’s Trust Group of Schools, the oldest educational institution in the English-speaking Caribbean, is this year celebrating its 290th anniversary with a year-long series of events.

Among those events are a party on Saturday, May 18, at Club Overtime, located inside the National Housing Trust parking lot in New Kingston, where celebrations will take place alongside the WOBA’s overseas chapters. On Sunday, May 19, at 8 a.m., a service will take place at the Kingston Parish Church, and on Founder’s Day, a special assembly will take place among all schools in the group to mark the milestone.

Come October 26, the WOBA’s annual banquet will get under way at The Jamaica Pegasus hotel in New Kingston, where eight prestigious Wolmerians or contributors who have significantly impacted the history and legacy of the institution will be recognised.

A brief history of Wolmer’s

l On May 19, 1729, John Wolmer made his last will and testament, in which he left the bulk of his estate for the foundation of a free school in whichever parish he died.

l The Wolmer’s Trust was officially established in 1736; after some delays with the passing of the law, to effect John Wolmer’s will, between the Council and House of Assembly.

The school initially began with only boys being enrolled. However, towards the end of the 18th century, 1782, Wolmer’s began to enrol girls.

l The Wolmer’s school was originally situated on Church Street in downtown Kingston, until the earthquake of 1907 which resulted in an relocation to its current site – north of what is now the National Heroes Park (formerly Kingston Race Course). The original location is still known as the Wolmer’s Yard and now serves as a parking lot and vendors’ arcade beside the Kingston Parish Church.

l The schools were separated in 1896 and independent heads appointed for the boys’ and girls’ schools. The prep school was established in 1941 at the urging of then headmistress for the girls’ school, Evelyn Skempton, to matriculate graduates into the high school. It opened its doors with six little girls in the area which now houses the canteen and art room.

l Since 1904, the Wolmer’s Schools have educated 23 Rhodes Scholars, the most for any school in the Caribbean.

l Daisy Chambers, the first woman to practise law in Jamaica after the passing of the Sex Discrimination Act. She was admitted on March 17, 1948, as Jamaica’s first woman solicitor, to the highest court in Jamaica.

l Lt General Rocky Meade, chief of defence staff, who has now attained a rank never before conferred by the Jamaica Defence Force.

For further information, persons can email: wolmers290th@gmail.com or check out their social media pages on Instagram: @wolmersschools and Facebook: @wolmersgroup.